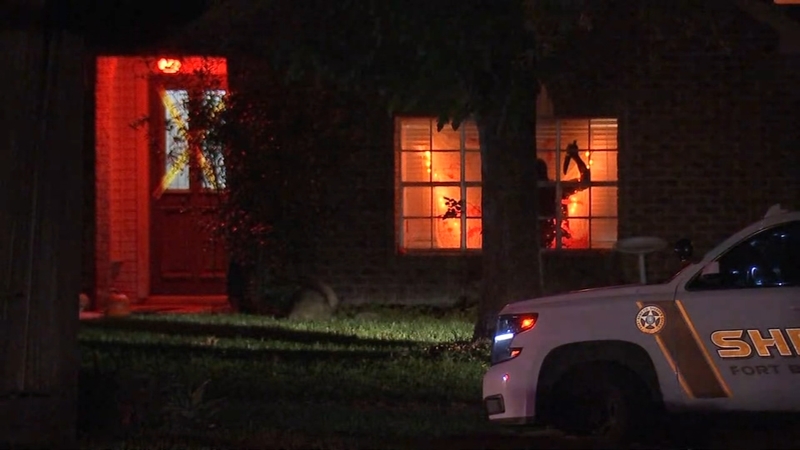 A father was shot to death by intruders inside his home where his wife and two small children were sleeping overnight in Fort Bend County, deputies said.

This happened around 12 a.m. at the home on Glen Rosa Drive and Cansfield Way.

The sheriff's office said 29-year-old Brenton Estorffe heard a window break in the back of the house. He went to check it out and confronted the two people who broke into the home, according to officials.

That's when Estorffe was shot and killed.

Estorffe's wife called 911 to report the intruders who killed her husband. She and the children, ages 1 and 3, were not hurt.

Detectives were working Wednesday to get a description of them. They also canvassed the neighborhood and checked for surveillance cameras.

It wasn't known if the killing was random or a targeted attack.

Sheriff Troy Nehls said his department will put all of their resources toward finding who murdered Estorffe.

"It's sad, sad. We have a homeowner here in Fort Bend County who's no longer with us. A father of two small children, breaks your heart," Nehls said. "Pray for this young wife and her two small children because they are without their father. He was there to protect his family."

Authorities don't believe anything was taken from the home. Neighbors told Eyewitness News the family moved into the home this year.