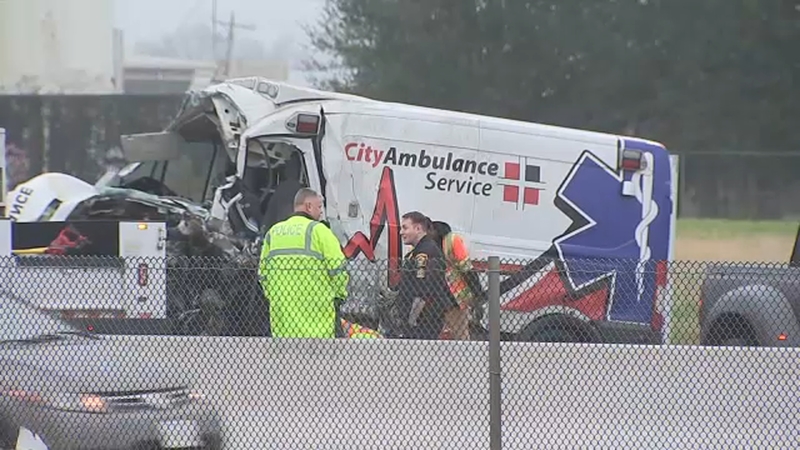 HOUSTON, Texas (KTRK) -- Two people were killed in a head-on, wrong-way crash on the Westpark Tollway eastbound before Fondren on Saturday morning.

According to Kevin Hubbard with Harris County Constable Precinct 5, authorities received a call at about 4:49 a.m. about a wrong-way driver in a Chevy Equinox going westbound in the eastbound lanes.

A few minutes after that, officials received two more calls.

Authorities says the Chevy driver slammed into a private ambulance, who was not transporting any patients.

One person in each vehicle died, but the damage is so bad, Hubbard says investigators don't yet know if those killed were the drivers or passengers.

Someone in the ambulance also survived. They are listed in stable condition.

Video from the scene shows the vehicles so destroyed, they are unrecognizable.

"We don't normally call these accidents. We call these crashes because an accident is something that is not intentional, but this could have been avoided," Hubbard said.

Hubbard told ABC13 authorities are still investigating where the wrong-way driver entered the tollway and whether alcohol was involved.

Wrong-way signs do illuminate the tollway to warn drivers.