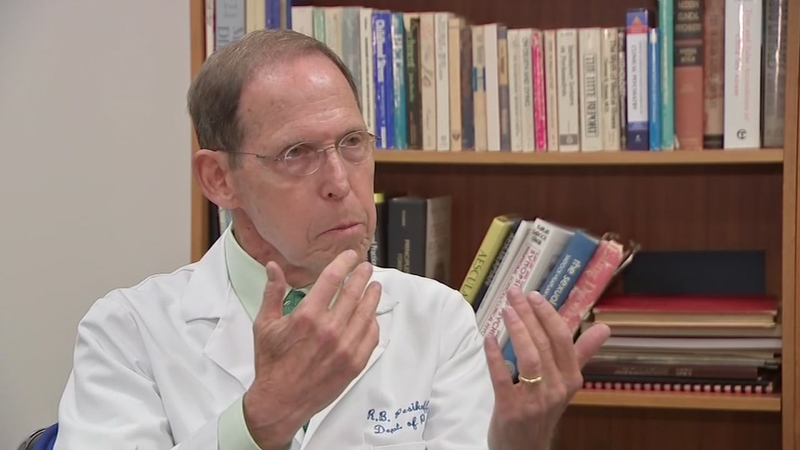 HOUSTON (KTRK) -- Mental health experts say the murders of those journalists in Virginia highlight the important of awareness and anticipation if we are to even have a chance at preventing such tragedy.

Authorities have identified Vester Lee Flanagan II, 41, as the gunman who opened fire on WDBJ reporter Alison Parker and photographer Adam Ward as they were in the middle of a morning live shot in Moneta, VA.

"With all that goes on in this world, one tries to anticipate. It's always easier to prevent trouble then to have to treat it," said Dr. Richard Pesikoff who is a clinical professor for the department of psychiatry at Baylor College of Medicine.

One of his lectures to up and coming mental health providers: how to identify someone who might turn violent.

"I'm looking for people who are behaving differently. They're coming up in that 36" space into my face. They're slamming things, kicking things, coming in late. It's something behavioral that's different about them," Pesikoff said.

Whether a patient, co-worker or someone else, Pesikoff says any red flag would be a change in behavior, actions or talk, though it didn't prevent the tragedy, it appears folks WDBJ reported their concerns about Flanagan's actions. ABCNEWS is reporting he was fired two years ago after co-workers said they felt threatened by him. In a lawsuit he filed against the station, ABC discovered memos showing station managers told him he needed to get medical attention.

They also indicate the station called 9-1-1 after Flanagan was fired after he slammed the office door and said he "would be back."