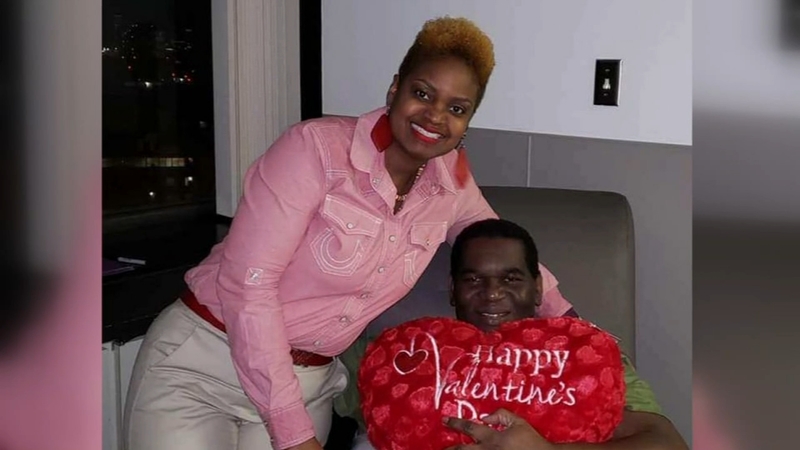 HOUSTON, Texas (KTRK) -- A veteran deputy of the Harris County Sheriff's Office has been arrested and charged with murder after his wife was killed in a weekend shooting in southeast Houston.

According to authorities, Deputy Spivey called police around 3 a.m. Sunday and said there was an accidental shooting on Briscoe Street. Houston police say the situation involved a domestic disturbance.

Spivey was wounded in the leg and his wife Patricia Spivey was pronounced dead at the scene.

The Harris County Sheriff's Office says it has no record of any domestic violence issues involving Deputy Spivey. He remains in the hospital.

Court documents say that Spivey may have a mental illness or an intellectual disability. He will get a mental health assessment.

Patricia's brother said she will be dearly missed.

He said she was a woman of faith and even volunteered her time taking photographs for the church.

Ezra and Patricia were close.

After two open heart surgeries, Ezra says his sister was there for him like no other. He said she would always root him on during his road to recovery.

He said the loss is still sinking in, but he knows his sister is in a better place.

"I know where she's going. I know the life she lived. You know, she did well. Gone too soon but she did well," Washington said.