Mom claims not knowing about birth after baby found in toilet 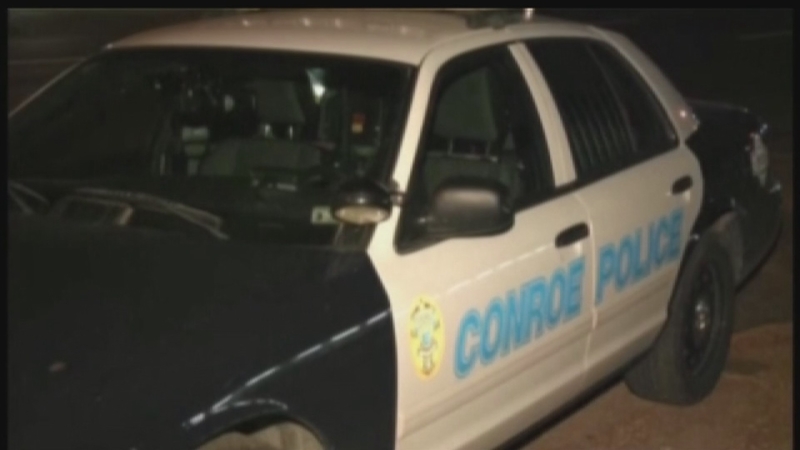 CONROE, Texas -- A woman, out on parole after being charged in the death of her infant son, is now accused of leaving her newborn daughter in the toilet after giving birth, according to the Conroe Police Department.

Officers said Denette Williams told them she didn't know she was pregnant with her daughter. Around 3 a.m. on Sept. 3, 2020, Williams said she felt cramps and remembers hearing a "plop" in the toilet and seeing blood.

It was Williams' boyfriend, Christopher Hardmon, who discovered the newborn head down in the toilet after he heard Williams screaming in the shower, investigators said. Hardmon rescued the baby and called 911.

The infant was taken to Memorial Herman, where staff said she was healthy.

Williams' mother, Dee Oliver, told investigators she had asked Williams if she was pregnant a few days before the incident. Oliver said Williams answered she wasn't sure, but she might be and wanted to go to a doctor to get checked.

On Sept. 24, police found out Williams had submitted an application for SNAP benefits. She had identified herself as a pregnant woman with a due date of Sept. 1.

Investigators said they now believe Williams left the child in the toilet to drown and didn't seek medical care. She has been charged with endangering a child.

Williams is currently out on parole after serving five years of a 10-year sentence for her hand in the 2011 violent death of her 1-month-son.

Williams' son, Braylon Hood, died due to blunt force injuries, bruises and an injured spinal canal, police said. He was left in his car seat for 11 hours, while Williams and Braylon's father, Jimmie Hood, watched a movie in their home, authorities said. He suffered a broken neck after Williams held him by the neck while feeding him and Hood laid him on his leg with his head hanging over.
Report a correction or typo
Related topics:
conroemother charged
TOP STORIES
Deputy constable shot and killed in southwest Houston
3-year-old drowns in pool in NW Harris County, sheriff says
COVID-19 patient at center of ventilator fight dies in Texas
Woman found in a ditch after a hit-and-run
Grab the umbrella! Widespread showers move in Monday
Man uses 2nd chance at life to open gym for young athletes
Houston car chase: Harris County deputies tase a man evading arrest on 249 in northwest Houston
Show More
Former Houston Oiler takes over Prairie View A&M football
Family demands justice after 23-year-old woman found dead after date
Tax filing season starts Monday. What to expect for 2022
5 tax changes that can boost your refund this year
Sen. Kyrsten Sinema formally censured by Arizona Democratic Party
More TOP STORIES News