Parents push for answers in death initially thought to be suicide 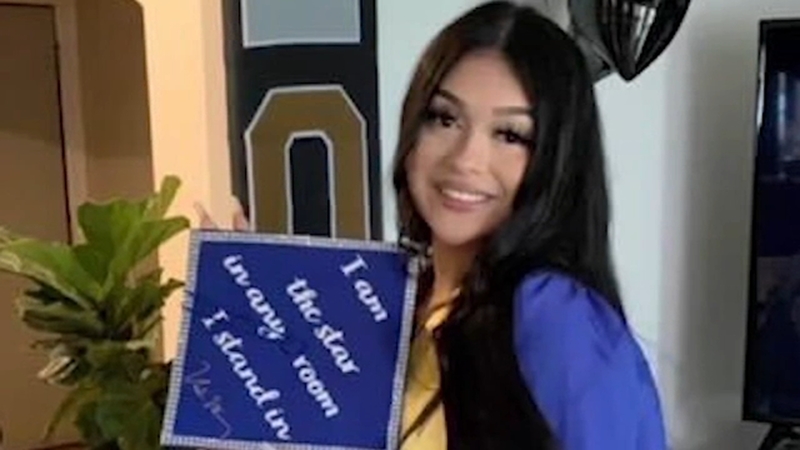 Parents push for answers in death initially thought to be suicide

HOUSTON, Texas (KTRK) -- The death of an 18-year-old initially thought to be suicide is now believed to be the result of a crash, court documents show, and one man faces charges.

Herminio Orozco, 21, is charged with failure to stop and render aid in an accident involving the death of Jesslyn Zuniga.

On February 6, Houston police were called to the East Freeway feeder road and Gregg Street where Zuniga was found lying dead on the side of the road. Initially, investigators thought she had jumped to her death from the overpass above where a truck was left abandoned. Her parents never believed that.

"Yes. Right from the beginning. We know our daughter," father Jose Zuniga told ABC13 Friday evening at the spot where their daughter died.

"It's just the most horrible feeling in the world," her mother, Sandy Garza, added.

RELATED: Family searches for answers after 18-year-old found dead under I-10 overpass after first date

According to court documents, 14 hours after Zuniga was found, Orozco, her friend, went with his father to police and told them Zuniga was ejected from his truck as the result of a crash with a van and he was just too scared to stay on scene. He was the driver, records say. Zuniga was in the front passenger's seat. Police "further investigation" led to the charge against Orozco.

"Come on. Leave somebody on the side of the road like that and run off? That's cold. That's a cold-blooded person," Jose Zuniga said. "If it's an accident, you call for help."

But Zuniga's parents even question that she was ejected and that the injuries she suffered were from a crash. Preliminary autopsy results only show the manner of death to be an accident. Her parents say the initial suicide belief doesn't help. They plan to keep asking questions.

"They said she committed suicide and now she didn't commit suicide. You'd want answers. That's what we want. Answers."

Orozco is out of jail on a $75,000 bond. Court records show he has a bond violation for failing to report to pre-trial services and failing to get an ankle monitor. His attorney did not follow up on ABC13's request for comment.