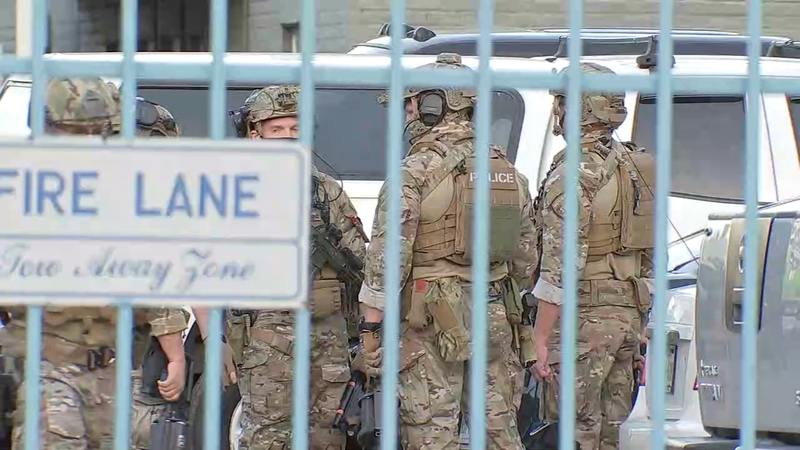 HOUSTON, Texas (KTRK) -- A man has surrendered to authorities after police had reason to believe he was holding his girlfriend hostage inside a north Houston apartment complex.

The incident happened in the 13500 block of Northborough Dr., near Rankin Road.

Our SWAT & Hostage Negotiations Teams are en route to an apartment at 13502 Northborough Dr, near Rankin Rd.

Prelim info is an armed male suspect is barricaded inside, holding his girlfriend against her will and threatening to shoot her. PIO is also en route. #hounews pic.twitter.com/pXPTdYol57

In an update by SWAT Lieutenant Richard Besselman, he said police received a domestic violence call around 3:05 p.m. from the girlfriend's mother, who said she saw the man pointing a pistol at her daughter on Facetime.

The daughter, who is in her 20s, has reportedly had several domestic violence instances with her boyfriend in the past, which caused her mother to call police.

Originally, a SWAT team and members of a negotiation team went to the address given by the mother.

When officers arrived, the man reportedly did not respond after they made several attempts to contact him. He and the girlfriend were said to be in a different abandoned apartment nearby.

After authorities continued to call his name over a speaker, police said the man walked up to an officer who was guarding the perimeter of the crime scene.

As of now, police are still investigating and say they are searching for the gun. Lt. Besselman also said there have been no charges filed, but there's a possibility of him being charged with felony possession of a firearm, and aggravated assault based upon what the girlfriend's mother saw on Facetime.