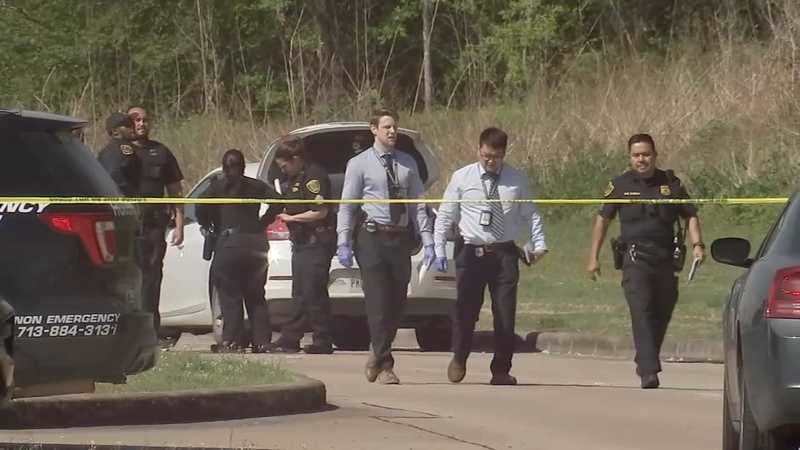 HOUSTON, Texas (KTRK) -- A woman was found dead in the drivers seat of a parked car in southwest Houston on Friday morning, HPD confirmed.

Detectives say that someone reported a woman was sitting in the car unresponsive.

When police arrived at the scene in the 3600 block of Willowbend near Highway 90, they found a woman in her 30s shot to death inside the car, which was also in a moving lane of traffic.

Police have not specified if the woman was shot inside or outside of the vehicle.

Our homicide detectives are en route to the 3600 block of Willowbend Blvd near Hwy 90.

Preliminary information: About 9:35 am, a female was found fatally shot inside a vehicle parked in a moving lane of traffic. No other info is known at this time.#hounews pic.twitter.com/aQRYLJ5N90

"Everything is preliminary and we are still trying to figure out a motive and leads based on their research," said an HPD detective.

This story is developing. See back for more information.