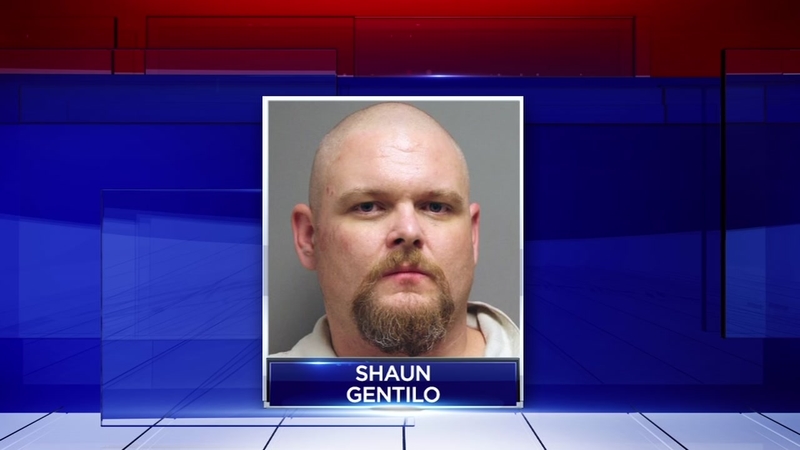 HOUSTON (KTRK) -- "I told the DA when she called me. I said, 'ma'am, whatever you do, don't let this guy out.' And evidently, they did," said Dameon Lloyd Sims.

Sims says his heart sank when he saw the mugshot on the news. Shaun Paul Gentilo, 37, had been arrested again. And the accusation was all too similar.

"I knew then that this was a racist person that's just out targeting minority people," he said.

On November 11, Sims says he was sitting in traffic on Highway 59 near downtown Houston when the driver behind him got out of his vehicle with a pipe.

"I was in the driver's seat and he jack-knifed his vehicle in the middle of all that traffic," Sims described.

Gentilo, he says, came straight for him and his passenger, a white woman.

"He said, 'That's all y'all n-words are doing,'" Sims said, using n-word in the place of the offensive word he says Gentilo used. "'Y'all is pimping out white women and raping our white women.' He approached me and said, 'I'll kill all you n-words.'"

Gentilo was arrested and charged with making a terroristic threat.

"The sergeant told me that he was already looking for him, that he had done the same thing a day before my incident so that's what made me think this guy has been doing this," Sims said.

Gentilo's bond was set at $5,000, which he paid and got out of jail. But apparently, the arrest wasn't enough to keep him out of trouble.

"The stress, the trauma, the pain I feel, the anxiety. I just want to get back to normal," said Rachel Longoria.

Longoria said Gentilo threatened her with a pipe while they were in I-45 traffic Wednesday. When she pulled into a Walmart parking lot, she says he rammed into her car and smashed her back windshield with a pipe. Her grandson was sleeping in the backseat the whole time.

"To anybody who experiences that, don't comply," Longoria said. "I was asked about owning a gun and I said I didn't own one because I've had kids for 26 years and I might have to rethink that."

Gentilo is now in jail with no bond. He is due back in court on January 19.