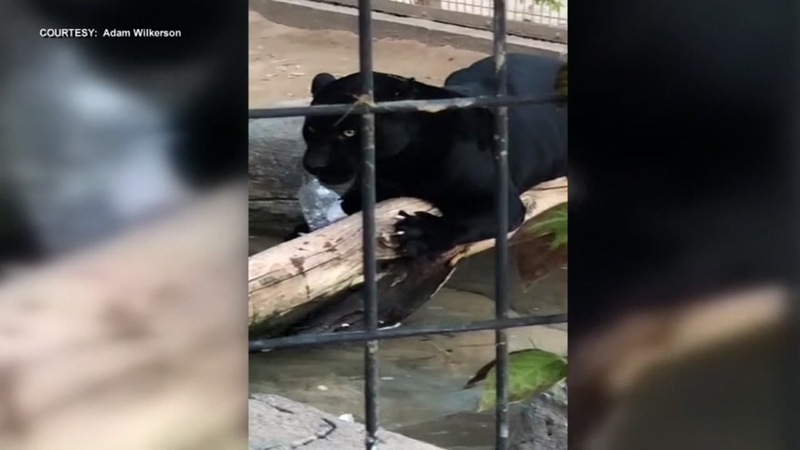 LITCHFIELD PARK, Arizona -- A woman is recovering after being attacked by a jaguar during a selfie attempt at an Arizona zoo Saturday evening.

According to ABC15, the woman was attacked while trying to take a selfie near the jaguar enclosure at the Wildlife World Zoo when the big cat reached out and attacked her arm.

In a tweet, the zoo explained that the woman crossed over a barrier in order to get the photo.

Please understand why barriers are put in place. Sending prayers to the family tonight. pic.twitter.com/2MPb8bXhwR

One woman distracted the jaguar with a water bottle and it let go of the woman, reports ABC15.

According to ABC15, Wildlife World Zoo Director Mickey Ollson said the cat would not be euthanized because it "was not the animal's fault and they would never harm an animal based on human behavior."

We can promise you nothing will happen to our jaguar. She’s a wild animal and there were proper barriers in place to keep our guests safe- not a wild animals fault when barriers are crossed. Still sending prayers to her and her family.