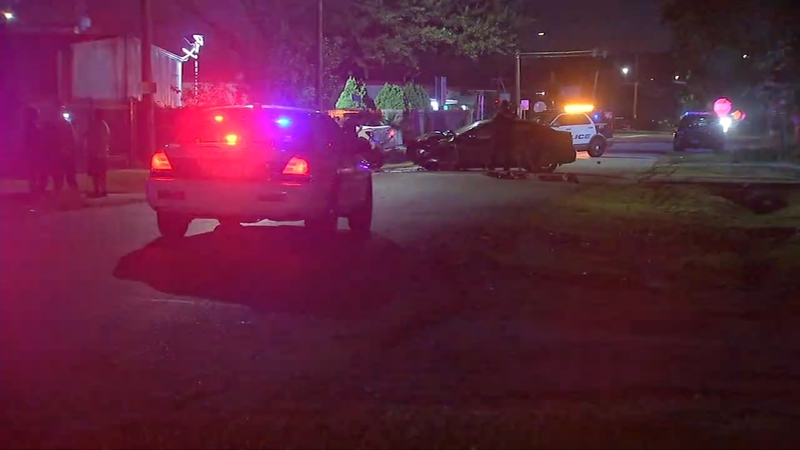 HOUSTON, Texas (KTRK) -- One person died Saturday morning after crashing into a parked car on a north Houston street.

It happened around 2:30 a.m. on East Witcher Lane.

The driver of a black Honda Civic was eastbound on Witcher when they veered out of their lane and crashed into the parked vehicle, according to Houston police. The impact of the crash sent the parked car into a ditch.

The driver of the Civic died in the crash. Investigators said they believe the victim wasn't wearing a seatbelt.

Speed may have also been a factor in the crash and the driver was traveling at approximately 15 miles per hour over the speed limit on the road.