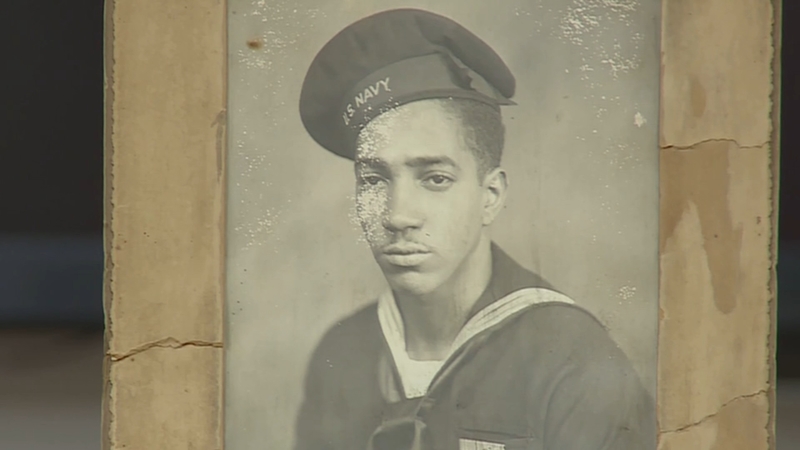 LOUISVILLE, Kentucky -- It's never too late to honor a veteran- even seven decades late.

William Gilbert, 94, served in the Navy during World War II and earned several honors, but never got any of them until now.

Gilbert finished serving in the U.S. Navy in 1946, a military career that took him into the Pacific Theater during World War II. Like many of his fellow sailors, Gilbert was expected to receive medals for his service, but it took him a little bit longer to receive his... 72 years longer.

"When you get to my age, everything will strike you," Gilbert said.

It's been 73 years since the end of World War II, where Gilbert served in the Pacific Theater aboard U.S.S. Indiana. The member of the Greatest Generation received a great honor last week, WHAS reports.

"He's been waiting for this for a long time. He really has. He talks about it all the time," said Wanda Coleman, Gilbert's daughter-in-law.

Coleman told the staff at Robley Rex VA Medical Center, where Gilbert is now a patient, about her father-in-law's long wait.

Last Thursday, Gilbert's waiting came to an end. Surrounded by three generations of his family, the veteran finally received the medals he earned all those years earlier by defending the free world.

"I just can't explain how wonderful this is. I'm just so thankful they made it happen for him. I really am," Coleman said.