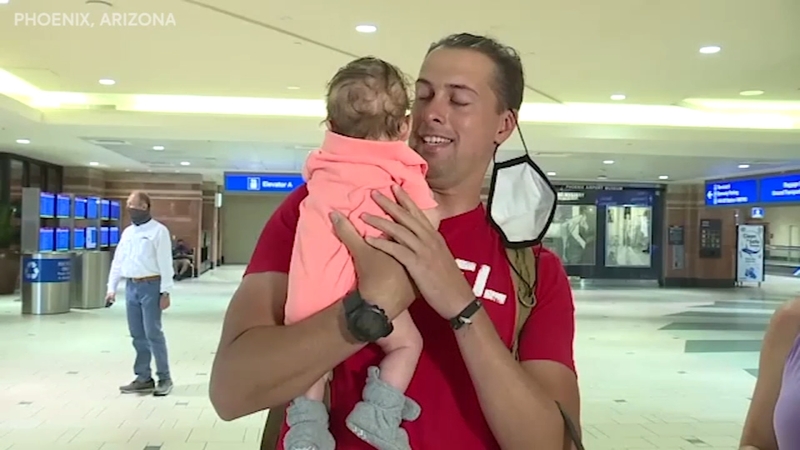 PHOENIX, Arizona -- A serviceman who was deployed for nine months was reunited with his family Saturday and met his newborn son for the first time.

Will Thompson, a military K-9 handler, was greeted at Sky Harbor Airport in Phoenix by his mother, wife, 2-year-old daughter and son Luke, who was born while Thompson was in the Middle East.

Thompson said his dog Frida helped him cope with missing his wife and kids while he was deployed.

"Not being able to be there for the birth, and missing the kiddos a lot of nights, being with Frida really helped me out," he said.