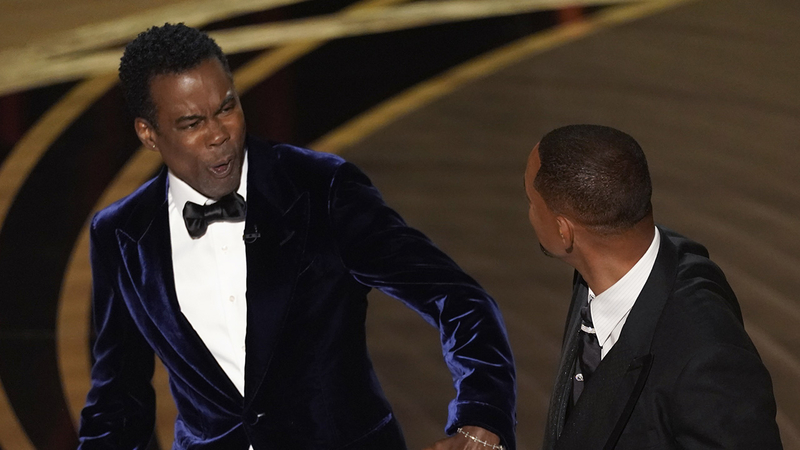 LOS ANGELES -- The Academy of Motion Pictures Arts and Sciences says it condemns the actions of Will Smith during Sunday night's Oscars and it will launch a formal review of his slapping of presenter Chris Rock.

In a statement Monday, the film academy said it will also "explore further action and consequences in accordance with our Bylaws, Standards of Conduct and California law."

In a bizarre moment at the Oscars, Will Smith slapped Chris Rock in the face after he directed a G.I. Jane joke at Smith's wife and actress Jada Pinkett Smith.

The joke touched a nerve. Pinkett Smith, whose head is shaved, has spoken publicly about her alopecia diagnosis. Rock has also previously joked about her. Rock hosted the 2016 Oscars, when some were boycotting the ceremony over the #OscarsSoWhite group of nominees, including the Smiths. Said Rock: "Jada boycotting the Oscars is like me boycotting Rihanna's panties. I wasn't invited."

Smith strode on stage and slapped Rock across the face. Back in his seat, Smith twice shouted for Rock to "get my wife's name out your (expletive) mouth." His words echoed clearly throughout the Dolby, though ABC cut the audio for about 15 seconds. Within an hour, Smith won best actor. During his acceptance speech, Smith apologized to the academy.

"The Pursuit of Happyness" star appeared remorseful when he returned to the stage shortly after, to accept the Oscar for best actor for his role as Richard Williams, the father of Venus and Serena Williams, in the film "King Richard."

During his emotional speech, Smith apologized to the Academy and his fellow nominees for the incident but did not mention Rock by name.

Smith posted a statement on Instagram Monday afternoon about the incident, issuing a public apology to Rock for the first time.

"I would like to publicly apologize to you, Chris," Smith wrote. "I was out of line and I was wrong. I am embarrassed and my actions were not indicative of the man I want to be. There is no place for violence in a world of love and kindness."

Earlier Monday, the LAPD announced that Chris Rock will not be pressing charges and had not filed a police report.

After the show Sunday night, the academy posted a statement condemning violence. Some academy members, like writer-producer Marshall Herskovitz, called for the academy to take disciplinary action against Smith.

"He disgraced our entire community tonight," wrote Herskovitz on Twitter. 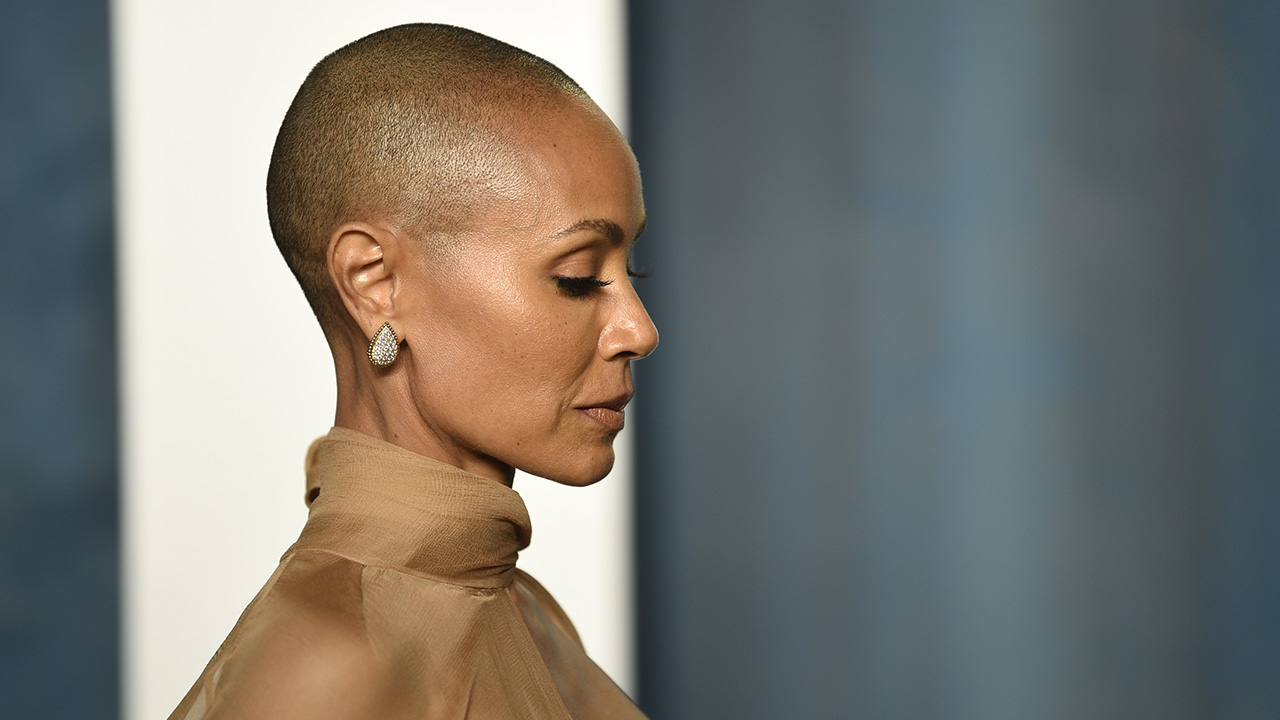 Jada Pinkett Smith arrives at the Vanity Fair Oscar Party on Sunday, March 27, 2022, at the Wallis Annenberg Center for the Performing Arts in Beverly Hills, Calif.

"If the Academy were my client, one of the things I'd be saying to them right now is they must hold Mr. Smith accountable for his actions," crisis PR expert Mike Paul, aka The Reputation Doctor," said.
EMBED More News Videos

The Academy of Motion Pictures Arts and Sciences condemned the actions of Will Smith during Sunday night's Oscars and will launch a formal review. Kemberly Richardson has the latest details.

He says what unfolded goes way beyond Smith and Rock, involving dozens on stakeholders with ties to the awards show -- the biggest of which is the Academy itself.

"They don't want that precedent to be set, and they want to make sure it's not coming back on the Academy as being part of the problem," he said.

He believes doing nothing is not an option, and as Smith is a multi million dollar brand, his projects may now take a hit.

"If there's a morality clause that's there, they could have action on him," Paul said. "They could say your value was a 10, now it's a 6 or 5 after the slap."

Will Smith wins Oscar for actor in a leading role for 'King Richard' centers his speech on protecting family after confrontation with Chris Rock on stage.

Whoopi Goldberg, a member of the Academy's board of governors, said Monday on "The View": "We're not going to take that Oscar from him. There will be consequences, I'm sure."

While Smith's actions have been widely condemned on social media, with many arguing he should be charged with assault, his 23-year-old son, Jaden Smith, shared a tweet shortly after the incident, which said: "And That's How We Do It."

Smith appeared to predict the mayhem of Oscars night in an Instagram post hours earlier. Sharing a video of himself and his wife in their red carpet attire with his 60 million followers, he wrote: "Me 'n @jadapinkettsmith got all dressed up to choose chaos."