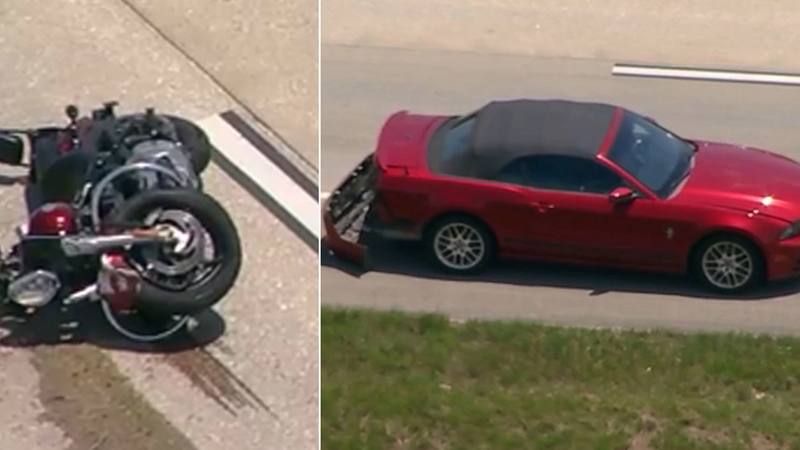 HOUSTON, Texas (KTRK) -- The wreckage of a deadly crash involving a motorcycle has cleared on the westbound lanes of Grand Parkway North in northwest Harris County.

The Harris County Sheriff's Office's Vehicular Crimes investigators were called to the scene in the area of Highway 99 and Mueschke Road on Tuesday afternoon.

The sheriff's office described the incident as a major accident that was blocking the roadway.

SkyEye flying over the scene captured a mangled motorcycle as well as a red Ford Mustang convertible with damage to the back-end bumper.

Deputies did not immediately say who was killed.

The wreckage was cleared just after 4 p.m.