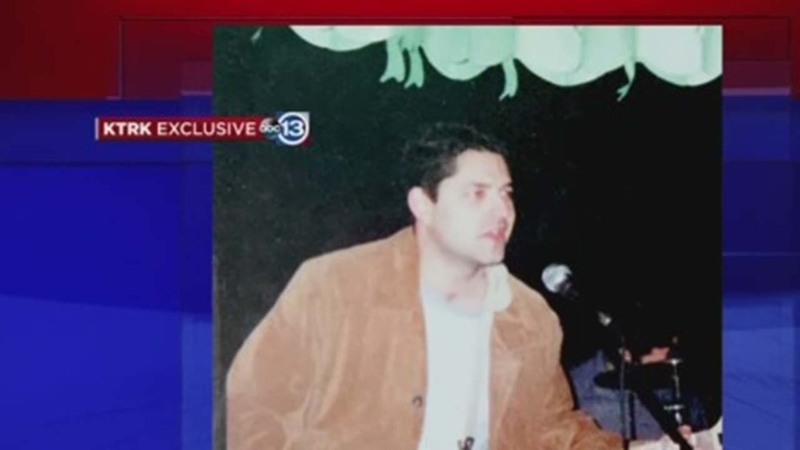 HOUSTON (KTRK) -- We're learning more about a Houston attorney suspected in a violent shooting Monday that injured nine people in southwest Houston. He was wearing military clothing emblazoned with a swastika, had two guns and 2600 rounds of ammunition, according to Houston police.

The HPD bomb squad was in the process of searching Nathan DeSai's Porsche when Eyewitness News confirmed the vehicle was registered to him. Since then, a source has confirmed he was the shooter. Authorities have not officially identified him.

Armed with a handgun and submachine gun and using his car to stockpile ammunition and a tree for cover, Desai was firing at innocent people and police. It happened right outside his condominium complex on Law Street around 6:30am.

"The thought came to my mind, 'I really hope it's not Nathan, part of the situation,'" said John Elmore with RISE Association Management Group, the property manager for The Oaks at West University, where Desai lived.

Elmore told Eyewitness News for the last two months, Desai's behavior had been erratic. He seemed paranoid and thought someone was "out to get him", Elmore said.

The problems started August 4th, when Desai confronted roofers with a gun. He told police he thought someone was breaking into his condo, but Elmore says it was a long-term project and residents were properly notified.

The father and former law partner of the suspect in Monday's West U shooting rampage react.

"They [roofers] were scared for their life. They called their boss and said somebody pointed directly at them, yelled something they didn't know what it was, but they felt like they were going to get shot," Elmore said.

Desai was not charged. In a news conference Monday afternoon, Houston police said they have no record of a call concerning Desai or his address.

Then, last week, Desai called to complain about a plumbing issue, but wouldn't let anyone in and then became defensive, according to Elmore, when questioned about it.

Desai, 46, was a struggling attorney. He had no active civil or criminal cases, according to Harris County court records, and only two new criminal cases since 2013. In February, he and his law partner of 12 years parted ways and neighbors believed he was doing law work out of his condo.

The suspect in Monday's West U shooting rampage was armed with three firearms and several thousands rounds of ammunition, police have revealed.

"We made a mutual decision, roughly in February, to simply no longer operate as a partnership for economic reasons," said Kenneth McDaniel, Desai's former partner. "I feel very sorry for him and for those people."

In an exclusive interview, Desai's father, Prakash Desai, said his son took the dissolution of the partnership hard.

"He's upset about the law practice not going well -- financial reasons," explained Desai, who had dinner with his son less than 12 hours before the shooting.

Long gone were his carefree days of playing in a band when he was a prosecutor in Dallas County. A friend shared a photo of him from about 15 years ago.

Houston police said they found a swastika on a notebook in his car and more Nazi emblems, along with vintage military items and additional guns, in his condo.

There was shattered glass and a broken window frame on Desai's doorstep, left behind Monday night from the police search.

Two friends described Desai as peaceful and generous. They didn't know him to have Nazi material.