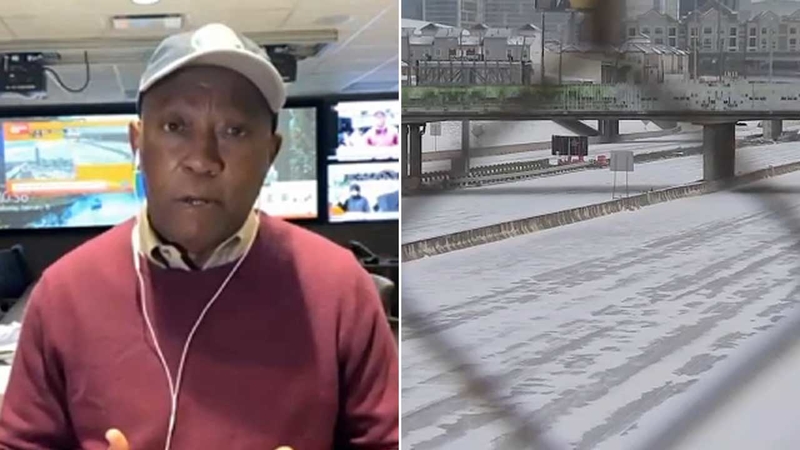 HOUSTON, Texas (KTRK) -- Houston Mayor Sylvester Turner has a brand new weather-related crisis underway in his city: the strain of power in the wake of an unprecedented winter storm.

The mayor applauded residents for heeding advanced warnings about dangerous icy roads, but his city faces the challenge of keeping folks warm, whether that's from the number of city-operated shelters or at home.

Turner mentioned that two of warming shelters experienced outages and that the George R. Brown Convention Center is at capacity.

And it's for those who remain at home that face the reality of spending potentially the rest of the day without heating.

SEE MORE: 'You should be prepared to be without power for at least the rest of the day,' CenterPoint says
EMBED More News Videos

CenterPoint Energy had some news for customers they may not want to hear. Listen to this interview with CenterPoint Energy's Executive Vice President Kenneth Mercado on the dire electricity situation.

Turner said the unprecedented strain on the power grid throughout Texas during the winter storm will impact the region, and that any power outages experienced today will likely last longer than 15 minutes to an hour.

"The odds are if you're without power, you'll likely be without power for the rest of the day. And if things don't improve, they could carry over into [Tuesday]," said Turner, who admitted that power at his own home went out at 2 a.m.

The power situation, according to the mayor, is of greater importance to seniors and those who are critical care customers on the grid.

Turner urged people to check on the seniors in their lives, especially relatives and neighbors.

In general terms of what people should do while they wait out the outage, he urged people to bundle up as best as they could. If an emergency arises, he urged folks to dial 211 or 311, advising that 911 should be reserved for extreme emergencies.

The important advice for these cold days is to dress in layers. Do not risk yourself and go outdoors. Continue to stay off the road. #WinterSafety #HouWX https://t.co/Qkyemk5Cph

It's not just here. It seems like it's everywhere across Texas, and it's not boding well with people.