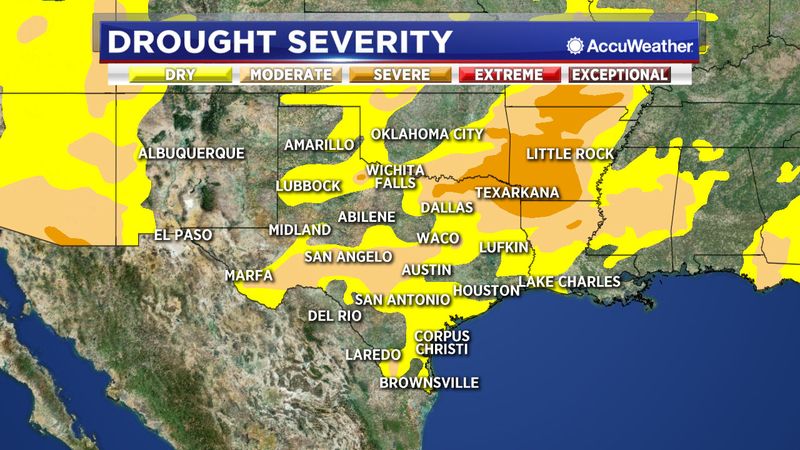 HOUSTON, Texas (KTRK) -- Three months ago it felt like a waterfall sat over Houston as Hurricane Harvey dumped a year's worth of rain in just five days.

Now, the Bayou City is surrounded by a drought inching closer with each sunny day.

A rainfall deficit has been building since Harvey that now measures up to 12 inches going back to September 1.

This November has been particularly dry. With just half an inch of rain to date, it will likely go down tied as the fourth driest November in Houston's recorded history.

Because our soil is composed largely of clay, most of the floodwaters from Harvey drained into the Gulf of Mexico rather than getting absorbed into the ground. Absent regular rains, drought can manifest even just a few months after major floods.

The long-range weather outlook does call for a pattern change that could bring us needed rain during the second week of December, possibly keeping drought away from Houston for now.

Texas is no stranger to droughts and floods. A state meteorologist in 1927 famously described our climate by saying, "Texas is a land of perennial drought, broken by the occasional devastating flood."