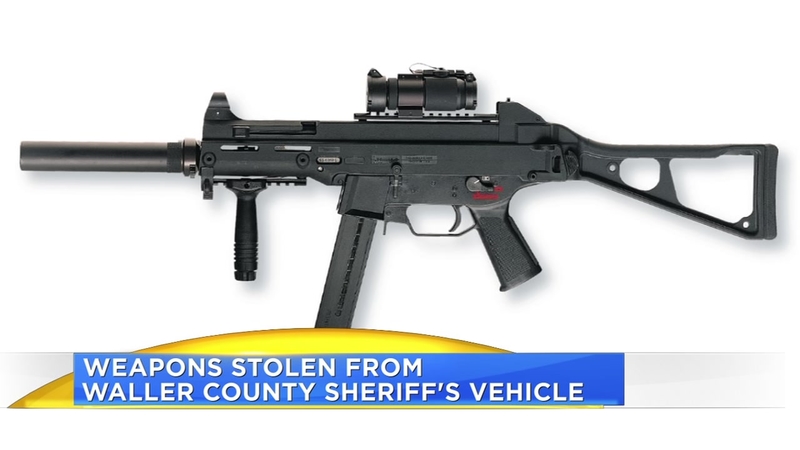 HOUSTON -- Some dangerous weapons that belonged to the Waller County Sheriff's Office are now in the hands of the wrong people.

Thieves broke into two Waller County vehicles that were parked outside a Saltgrass Steakhouse along the Katy Freeway Saturday. The thieves got away with eight guns.

One of the weapons is a sub-machine gun. It is considered so deadly that it is banned in several states, with an exception for law enforcement.

If you know anything that could lead to the recovery of these guns, call authorities.