KTRK
LONGVIEW, Wash. -- Police in Washington state have released video from inside a school bus that they said was being driven by a drunk driver earlier this month.

Police said the driver, 48-year-old Catherine Maccarone, was driving under the influence on September 12 in Longview, Washington. A person had called 911 to report that a woman was driving a Longview School District bus and "appeared to be intoxicated," police said.

Newly released video captured panic on the bus as young students screamed while on the edge of their seats.

"I am crazy," Maccarone is heard saying. "I'm totally crazy."

A boy rushed home to call 911, and in the call, the child told the dispatcher that he's making the call instead of his mother because she does not speak English.

The child told the dispatcher that the bus driver was "wobbling."

Maccarone drove 90 students that afternoon and was later arrested. She has been charged with DUI and two counts of reckless endangerment. Officers noted they, "smelled an obvious odor of intoxicants."

The school district said it has implemented a new safety procedure to better screen bus drivers.

"At Longview Public Schools safety and security of our students and staff is a top priority," Rick Parrish, the district's communications coordinator, said in a statement earlier this month. "The district will complete an investigation into the incident very soon and notify the public of the outcome. In the meantime, an initial review of transportation processes and procedures has taken place and resulted in changes to the bus key check out process. Additionally, the district has invited a state Department of Education transportation manager to review our transportation processes and provide feedback from improvement."

Maccarone could not be reached for comment by ABC News, but she has since resigned. The school district said she had been working as a bus driver for one year and that, to its knowledge, she had not been reported or investigated for similar alleged incidents in the past. She will appear in court in about two weeks.
Report a correction or typo
Related topics:
washingtonduischool busu.s. & worldbus driver
Copyright © 2020 KTRK-TV. All Rights Reserved.
RELATED 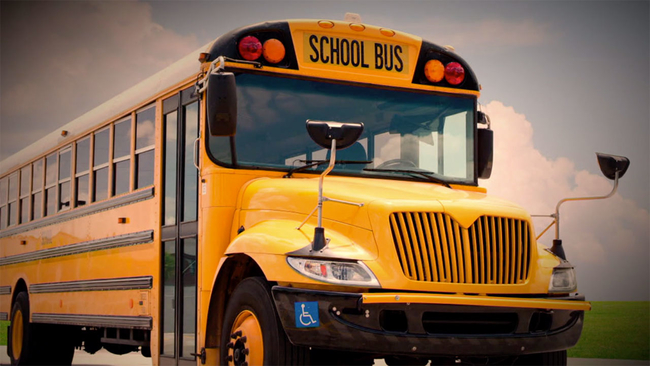