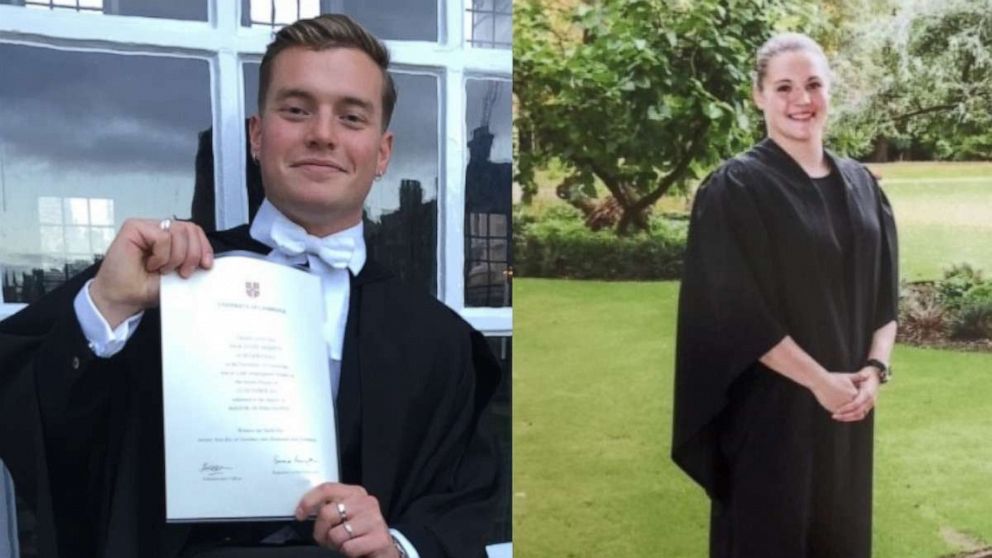 The identities and images of two victims killed Friday in the London Bridge terrorist attack have been released by the Metropolitan Police.

Jack Merritt, 25, of Cottenham, Cambridgeshire, and Saskia Jones, 23, of Stratford-upon-Avon, Warwickshire, were identified as the deceased victims.

Merritt and Jones were killed and three others were hospitalized after they were stabbed in a terror attack near the London Bridge on Friday afternoon, authorities said.

In a statement, the Merritt family said their son "died doing what he loved, surrounded by people he loved and who loved him."

The family said Merritt "would not want this terrible, isolated incident to be used as a pretext by the government for introducing even more draconian sentences on prisoners, or for detaining people in prison for longer than necessary."

"Jack lived his principles; he believed in redemption and rehabilitation, not revenge, and he always took the side of the underdog. Jack was an intelligent, thoughtful and empathetic person who was looking forward to building a future with his girlfriend, Leanne, and making a career helping people in the criminal justice system," the family said in a statement released by police.

The Jones family said Saskia "had a great passion for providing invaluable support to victims of criminal injustice, which led her to the point of recently applying for the police graduate recruitment programme, wishing to specialise in victim support."

"Saskia was a funny, kind, positive influence at the centre of many people's lives. She had a wonderful sense of mischievous fun and was generous to the point of always wanting to see the best in all people," the Jones family said in their statement released to the media. "She was intent on living life to the full and had a wonderful thirst for knowledge, enabling her to be the best she could be."

The lone male suspect was shot by police and died at the scene, according to authorities, who added that a device believed to be a hoax explosive was strapped to the suspect.

He's since been identified as Usman Khan, 28, a convicted terrorist who was released in 2018, according to Neil Basu, assistant commissioner for the Metropolitan Police.

The three injured victims have yet to be identified, but one person has returned home and two remain hospitalized in stable condition, police said.