'Vicious and angry' What to do in a feral hog attack 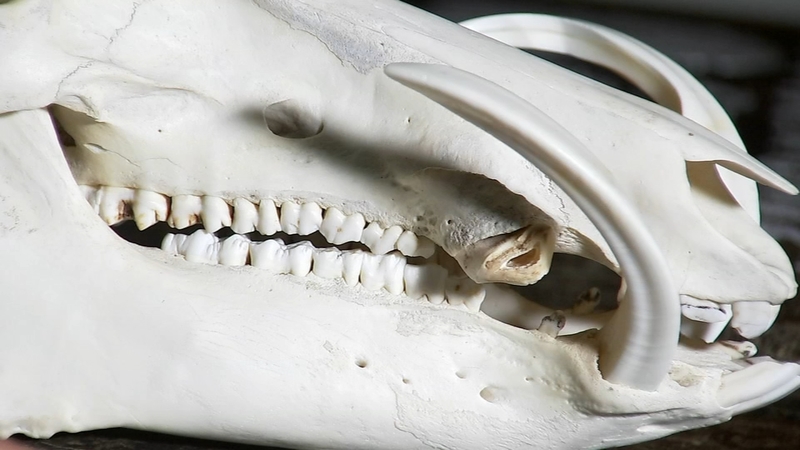 What to do if you're attacked by feral hogs

A wild hog hunter warns the animals can be vicious and angry. His warning comes after a woman was attacked and killed by a group of feral hogs in Chambers County.

On Sunday, Christine Rollins was killed outside the home of the elderly couple she cared for.

Though extremely rare, cases like this have been reported before.

Hunter "Cajun Bob" Thornberry showed ABC13 the skull of a massive hog he's killed. He's been hunting feral hogs for years, and even he says he's been scared at times because when hogs are angry, they attack.

The tusks are razor sharp, Thornberry says, adding that wild hogs have even chased him up a tree.

"Once they get you on the ground, they can do what they want to," Thornberry explained.

He says if you see feral hogs, do not approach them. They usually leave people alone, but if they're protecting babies or get surprised, they can attack.

"My heart goes out to the family. A loss like that, no one needs to go through," Thornberry said.

Rollins was a mother and grandmother. She would have turned 60 years old on Christmas Day.

Thornberry says if you have a feral hog problem, put up an electric fence to keep them out. You can also call an exterminator with experience on hunting wild hogs.