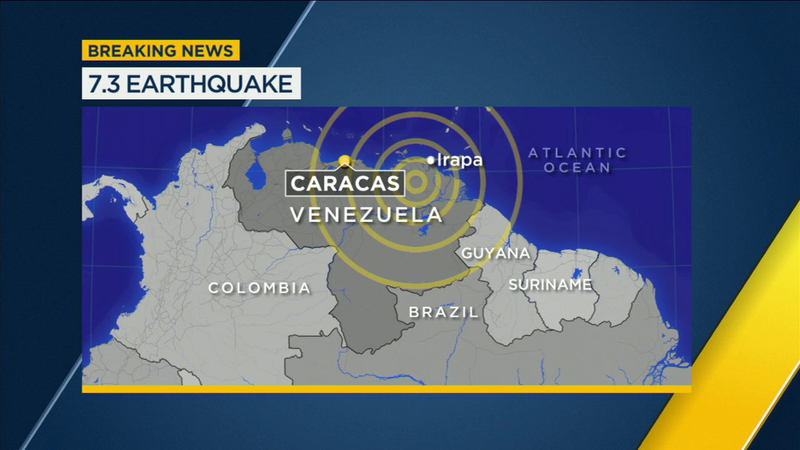 CARACAS, Venezuela -- A powerful earthquake shook Venezuela's northeastern coast on Tuesday, spooking residents in the capital who evacuated buildings and briefly interrupting a pro-government rally in favor of a series of controversial economic reforms.

The U.S. Geological Survey put the magnitude of the quake at 7.3 and said it had a depth of 76 miles. Its epicenter was 12 miles northwest of Yaguaraparo, Venezuela.

A witness in Cumana, one of the biggest cities near the epicenter, said there were initial reports of several injuries at a shopping center where an escalator fell, but that there were no other immediate signs of damage in the vicinity.

John Boquett, a fire captain in Caracas, said there were no initial reports of injuries or major damage in the capital.

The quake was felt as far away as Colombia's capital of Bogota, and in Caracas, office workers and residents fled from their buildings and homes. The confusing moments after the quake were captured on state television as Diosdado Cabello, the head of the all-powerful constitutional assembly, was delivering a speech at a march.

"Quake!" people yelled as Cabello and others looked from side to side.

A similar-sized quake in the same area left dozens dead in 1997.