Vanessa Guillen bill to be presented on Capitol Hill this week 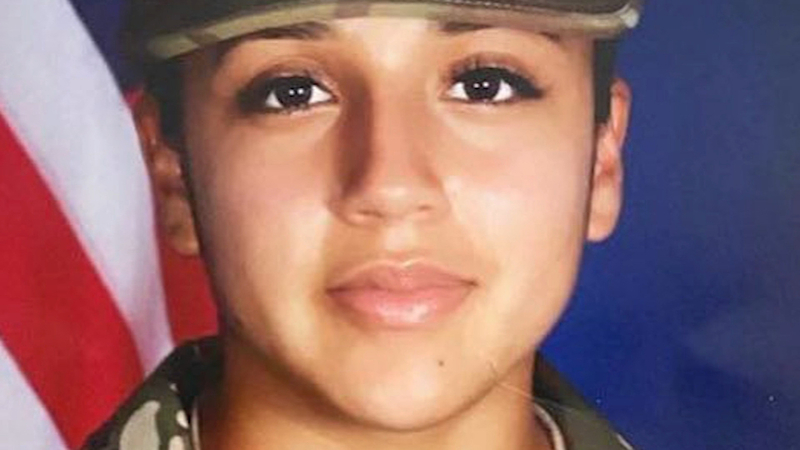 WASHINGTON (KTRK) -- The bill in honor of Houston-native and Fort Hood Spc. Vanessa Guillen will be introduced in Washington, D.C. Wednesday, Sept. 16.

In a post over the weekend, Attorney Natalie Khawam, who represents the Guillen family, stated she will be presenting the bill on Capitol Hill this week.

"Vanessa Guillen and her family are Precinct 2 constituents and so from that point it hits very close to home, and plus when I see her, I see my own daughter," Garcia said. "Someone I would be proud if she would tell me one day that she wanted to serve the U.S. military, but I would not encourage her especially after hearing Vanessa's story."

Garcia said the community has the opportunity to help make history by getting involved in the process of passing the bill.

"There's three folks that we have to get involved and make sure that they hear us very loud and clear: Senator [John] Cornyn, Senator [Ted] Cruz and Senator Mitch McConnell," explained Garcia. "Those are the three most powerful people in the United States Senate at this moment, and they can weigh in with the full power of their offices to encourage Congress to pass a bipartisan bill immediately. Then they can take it up in the senate and then put it into law, and put it on the president's desk and get a signature on it."

He said it's important that the process does not stall-out and people can use their voice to help see it through.

"Let's make sure we follow in Lupe Guillen's example," Garcia said. "Use your voice. Speak up. Doesn't matter how old you are, doesn't matter your walk of life. Use your social media to engage those three people."

Maira Carrier is a military veteran and advocate. She was one of the first to post her story using the hashtag '#IAmVanessaGuillen' and has since received dozens of messages from other service members who said they have experienced sexual harassment or assault while serving.

Carrier said seeing Vanessa's story brought back the trauma she experienced while also spotlighting the need for change.

"The bill has to pass," Carrier said. "I didn't feel comfortable, and even when I did, to go report this to somebody that was close to me. So, I know if I would have had that third party to report to, that things would have been so different."

Carrier also watched the 20/20 special called 'I Am Vanessa' that aired on ABC13 Friday. She said she needed to hear more from the U.S. Army officials and future actions.

"It was just very disappointing," Carrier said referring to the U.S. Army Secretary's answers. "It's affecting everybody in the military throughout every branch. It's affecting the families. It's not just something that happens physical that affects you right there and then. It is a long-lasting affect."

Khawam stated the bill was bipartisan.

Guillen graduated from Cesar E. Chavez High School in 2018, before joining the Army.

Watch more reports about Vanessa Guillen's murder and her family's push for justice on ABC13 apps on your Roku, Fire TV or other smart TV devices.
EMBED More News Videos