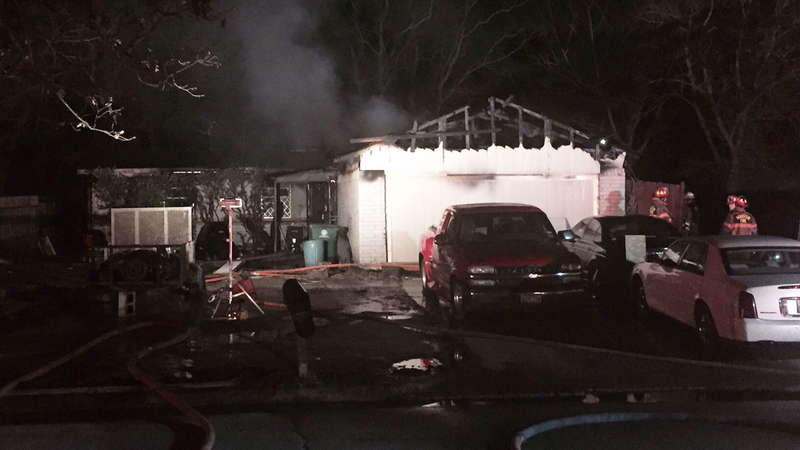 Man wakes to find 4-foot flames in his bedroom

HOUSTON (KTRK) -- Terrence Henry was only trying to keep the cold out.

He went to sleep with a space heater on in his bedroom, but after falling asleep, he was awakened by the heat of 4-foot flames closing in on his bed.

RELATED: 18 tips for safely heating your home this winter

Henry told Eyewitness News the flames were within touching distance of his face.
On the first truly cold night of the winter here in Houston, Henry's home has become the first casualty of a space heater fire, investigators say.

The homeowner was in the midst of renovating the home when the fire broke out.

RELATED: Weathering the cold - Be sure to protect these 4 things!
EMBED More News Videos

It's cold out there and getting colder. Here's what you need to know.

At one point, Henry was trapped inside his home, and said he had no choice but to break down the door the get out.
The flames were growing worse by the minute, so he grabbed his garden hose and began fighting the fire himself.

Houston firefighters arrived a short time later to tap out the fire.

But, the damage is done.

If you are going to use a space heater, firefighters say you need to exercise caution to prevent a fire like the one that damaged Terrence Henry's home.