KTRK
By Stefania Okolie
AUSTIN, Texas (KTRK) -- Men's tennis coach Michael Center is out at the University of Texas-Austin after being indicted in a growing college admissions cheating scandal.

"After working with campus leaders to review the recent situation with Michael Center, we have decided to relieve him of his duties as our Men's Tennis coach," Del Conte said. "It's a very difficult decision, and we are grateful for the years of service that he has provided, but winning with integrity will always be paramount at The University of Texas, and it was a decision that had to be made."

Center is one of the many well-known people who have been charged in a nationwide scheme that allowed parents to exchange monetary gifts for college admittance.

According to the indictment records, prosecutors believe Center accepted $100,000 back in 2015 for helping a purported athletic recruit get into UT.

Once that season was finished, that particular student-athlete voluntarily withdrew from the team.

On Tuesday, the men's tennis team played their first match without Center. The coach was placed on administrative leave shortly after the indictment was announced. 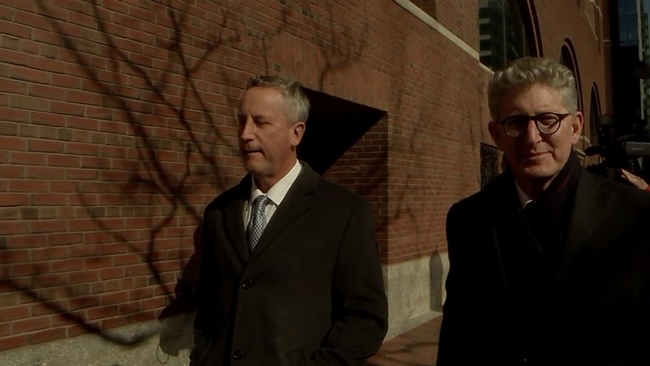