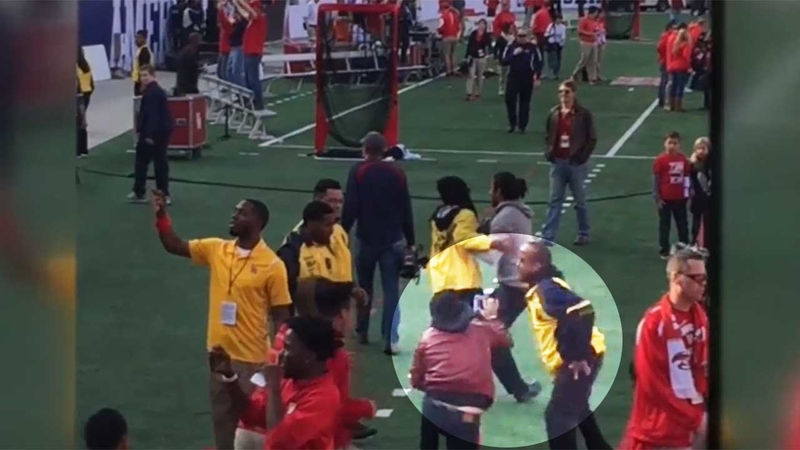 The first was to a doctor to be checked out after a "beat-down" following the University of Houston's championship game Saturday. Video shows him being punched in the face at least twice, and kicked after he was on the ground.

Loredo was one of several students confronted by CSC security guards who were told to keep students from running onto the field.

Loredo's second appointment was at the U of H Police Department, where he gave a statement about his encounter with the security guards.

His third visit was to his attorney, to discuss a possible lawsuit against the security company, which lost its contract for event management with the university following the altercations after the game.

The university had directed students not to rush the field after the game during the trophy presentation. It did the same during earlier games, according to students, but the field-taking happened just the same.

"Everybody else was already down there," said Loredo. "That's when I went down. And I got tackled."

Even as the tackling, pushing and punching was underway, cell phone cameras were recording. That's what campus police are using in their investigation.

A statement released today reads, "The university police department has met with CSC management in order to identify all its employees involved in the documented altercations that followed Saturday's game. UHPD is taking witness statements and video continues to be under review. Appropriate action will be taken after our investigation is complete."

Loredo's attorney, Val Zuniga, calls the incident "a blatant, vicious attack on him (Loredo). We want to make sure this never happens to another student."