Men's basketball success benefits the University of Houston beyond the court 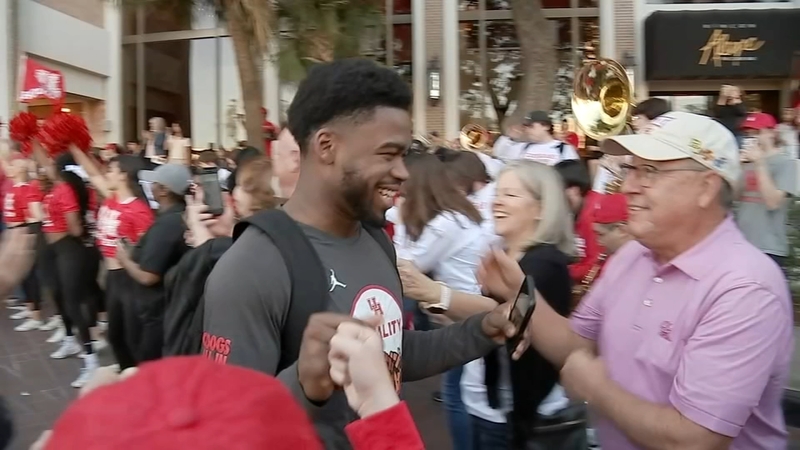 Men's basketball success benefits the UH beyond the court

HOUSTON, Texas (KTRK) -- Dr. Renu Khator has served as President at the University of Houston for 14 years. Khator has always seen the importance of putting money into sports programs.

"I've always believed that athletics are an important part of the university," Khator said. "It brings attention from almost everybody in the nation."

That attention can manifest itself in a variety of ways, including admissions.

While university officials cannot correlate an increase in applications with recent basketball success directly, they know the team's presence in the final rounds of the NCAA Tournament can impact numbers.

"It creates interest in the university," said Dr. Mardell Maxwell, the school's Executive Director of Admissions. "When our teams are having success, it elevates the brand in a way we can't do in admissions."

"(Sports success) opens the door to students in parts of the country that may not have been open to us before," said Maxwell. "But, at the end of the day, once we have that interest (our department) still has to do something with it."

Of each dollar raised, 17 cents went to athletics programs at UH.

She believes that kind of investment and the success that comes with it can benefit everyone involved with the school.

"It makes a huge impact in so many different ways," she explained.