End of the road: Coogs won't advance to Final Four 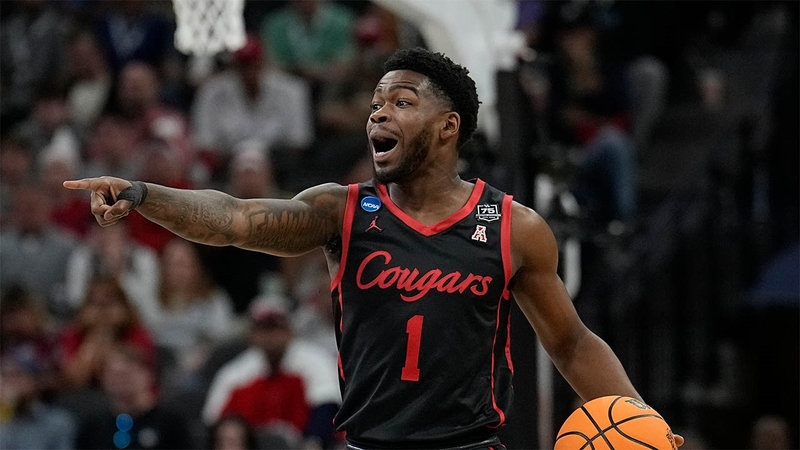 Coogs can get 2nd straight Final Four trip with win vs. Villanova

HOUSTON, Texas (KTRK) -- With another March victory from the University of Houston, a brand new lineup can make a brand new Final Four.

The UH men's basketball team, winner of 12 of its last 13 games, can become the only team in men's college basketball this season to reach back-to-back Final Fours. If the Cougars can beat Villanova in the South Region championship game at San Antonio's AT&T Center, the Cougars will earn its second straight trip to the NCAA men's Final Four. However, 2022's lineup is significantly different from last season.

Due to injuries and attrition, the Cougars had to replace their entire starting five from 2021's Final Four team

"We've got a lot of older guys. We've got a lot of experience," said fifth-year senior forward Fabian White Jr., an Atascocita High School product. "We just stay solid really. I think as a team we just bonded really, especially over the offseason. We just stick together through adversity really."

The winner between Houston and Villanova Saturday will advance to next weekend's Final Four to face either Kansas or at the Caesars Superdome in New Orleans.

UH is playing in its seventh regional final. The Coogs have won their previous six, making it to the Final Four every other time they've advanced this far in the NCAA tournament.

On Saturday, Cougars lost to Villanova with a score of 50-44.