UH's Justin Gorham has a guardian angel on the hardwood 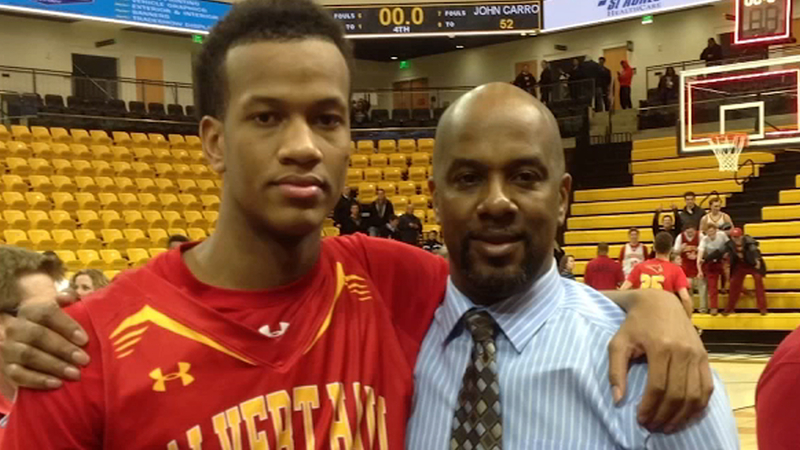 UH's Justin Gorham has a guardian angel on the hardwood

HOUSTON, Texas (KTRK) -- Gerald Gorham, Jr. seemed to always have a shadow behind him when playing sports with his neighborhood friends.

That shadow was his little brother, Justin Gorham, who is now a senior on the University of Houston's men's basketball team - who's making big headlines in the Bayou City for landing a spot in the Final Four.

"It used to be annoying, but it makes sense now," said Gerald.

Justin, a Maryland native, has become known for his rebounding prowess with the Cougars and is averaging 8.7 rebounds per game this year. His love of basketball, as well as his older brother's, came from his dad - Gerald Gorham, Sr.

The family has always been close, and what they're seeing now is yet another monumental moment in the Sampson basketball legacy.

"He was a coach for both of us at one point," said older brother Gerald. "He was involved to say the least."

The proud father was diagnosed with cancer shortly before Justin's college career began. As a result of his dad's illness, Justin started his collegiate career at nearby Towson University.

"It surprised all of us," said Tonya Gorham, Justin's mother. "He did not want to stay home."

Unfortunately, Gorham, Sr. never got to see Justin play college basketball from the stands, and his talented son transferred to UH in 2018. Coach Kelvin Sampson was a big reason why Tonya was so comfortable with her son's new choice for college.

One alumnus said he remembers going to a game once not because of the team or the sport, but because his chemistry professor offered extra credit in exchange for attendance. Now, it's an entirely different story when it comes to fans filling up the stands.

"That's exactly what sold me. (It) was how Coach Sampson is direct and expects a lot of you," she said. "I saw a lot of similarities and told Coach Sampson my husband would have loved him."

Tonya believes her husband takes his place in the bleachers before every one of Justin's games, and the family knows he'll be ready to watch his son play against the Baylor Bears in the big Texas showdown on Saturday.

"He's probably going to be rolling through a mental rolodex of to-dos for Justin," said older brother Gerald. "I'm sure I'll feel them, as well."