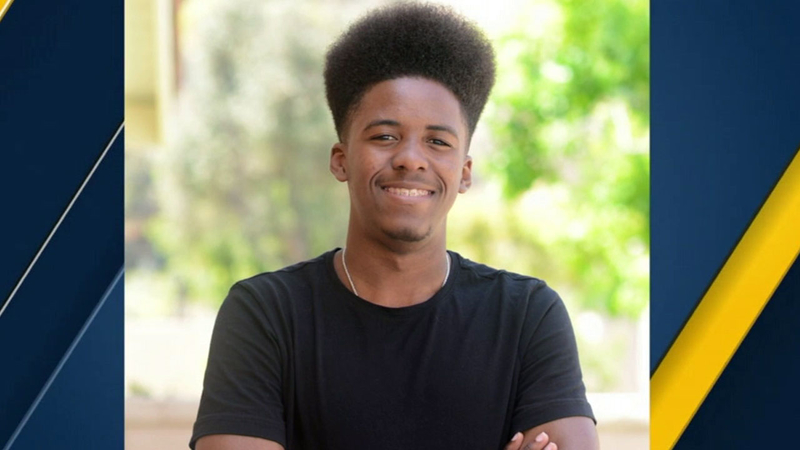 RIVERSIDE, California -- An investigation is underway after a student at the University of California Riverside died in what may be a fraternity hazing incident.

Tyler Hilliard, 20, would have been a junior this year, majoring in engineering.

Police are waiting for the results of an autopsy, but did confirm they are investigating the possibility of hazing in his death.

His family says Hilliard was going for a degree in physics at UCR and wanted to be an engineer.

They say he'd recently pledged at the fraternity Alpha Phi Alpha and activities began in July.

According to the fraternity's website, Alpha Phi Alpha has a strict no-hazing stance. It adds that anyone participating in hazing is a criminal.

But Tyler's family says hazing was a big part of the activities Hilliard was involved with. He was allegedly forced to eat items like an entire onion covered in hot sauce, forced to drink large amounts of water; and even paddled with a piece of cactus.

Late last week he was admitted to the hospital for having difficulty breathing, but was treated and released. His family says he had no underlying medical problems.

Saturday night, family members say the fraternity ordered Hilliard and other pledges up to Mount Rubidoux for what they called a day run, even though it was 9:15 at night.

The family says what happened next is unclear, but paramedics were called, again for difficulty breathing.

Hilliard was rushed to the hospital, but was later pronounced dead.

UC Riverside has released a statement on his death: "The UC Riverside community grieves the loss of our student Tyler Hilliard. We've shared our condolences and offer of support with Tyler's family and have made counseling services available to students, faculty, or staff who knew him. UCR Student Affairs and UCPD are collaborating with the Riverside Police Department to determine the circumstances regarding Tyler's passing."