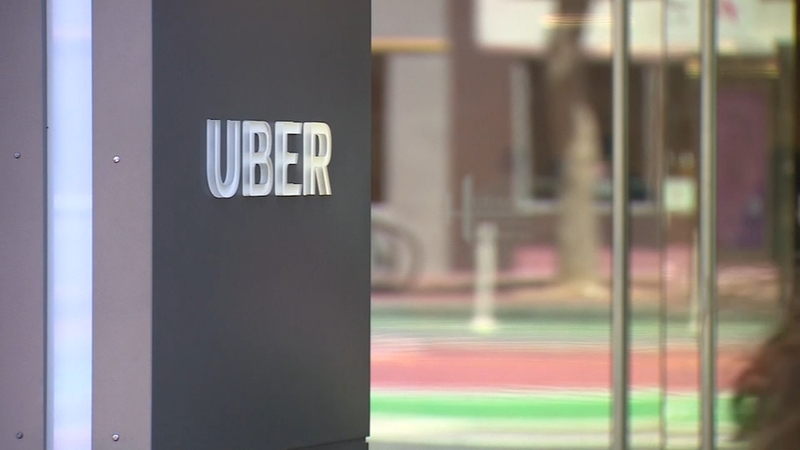 HOUSTON, Texas -- Uber and Lyft users will see higher fees for rides to and from Houston's airports.

Previously, riders were charged a $2.75 fee for pickups at George Bush International Airport and $1.25 at Hobby Airport. There were no fees for drop-offs.

The pickup and drop off fees increased to $3 each at IAH immediately and will increase to $2.75 each at Hobby after repaving and other improvements to the ride sharing waiting area are completed.

The new regulations will allow for more leeway in how drivers transport passengers by allowing them to drive toward pickup and drop-off areas in anticipation of a ride request rather than being required to wait in the airports' designated staging areas first.

"I have resistance to passing fees down to consumers at this time," Thomas said.

Compared to other cities in Texas, Houston's increased fees match those in Dallas-Fort Worth and are slightly higher than those at Austin and San Antonio, according to a presentation given to the council's economic development committee.

The added fees are expected to generate $11.8 million in fiscal year 2020-21 and just under $60 million over the next five years for the Houston Airport System.

The agreement comes alongside a broader effort by the city to divest from the taxicab industry. In 2018, 897 taxicab operators in Houston failed to pay permit fees, leaving $983,000 left uncollected by the city, according to Houston Administration and Regulatory Affairs.

This content was provided by our partners at Community Impact Newspaper.
Video above is from previous story.
Report a correction or typo
Related topics:
travelhoustonairport newslyfthobby airportrideshareuber
TOP STORIES
Bodies found in back seat and trunk of burning vehicle in Liberty Co.
Manhunt for Pct. 5 corporal ambush suspect ends with arrest in Mexico
Search underway for suspect in Texas City double shooting
You could get paid to get your COVID vaccine or booster
Will Clayton find love in Houston? The Bachelor announces watch party
Kathryn Kates, 'Orange is the New Black' actress, dead at 73
Texas brothers accused of killing stepfather for abusing sister
Show More
6 injured in explosion at Louisiana chemical plant
Supreme Court Justice Stephen Breyer to retire
Houston dries out today and tomorrow before 2 cold fronts
Amy Schneider's historic 'Jeopardy!' run comes to an end
Fed plans to raise rates as soon as March to cool inflation
More TOP STORIES News