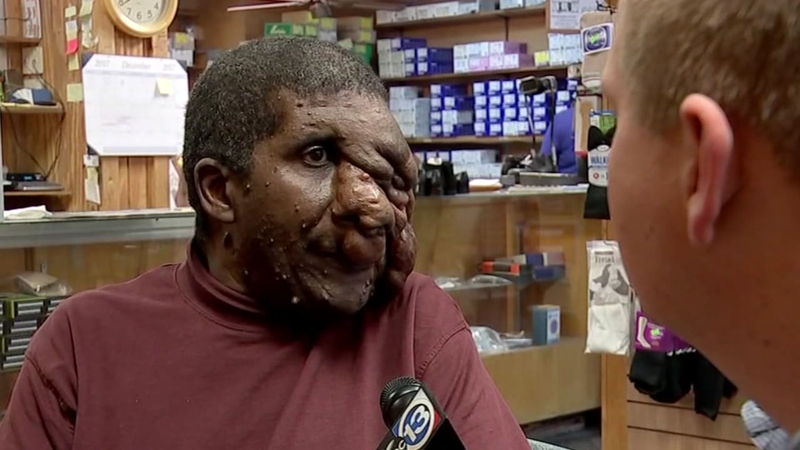 Uber driver banned for discriminating against man with generic disorder

HOUSTON, Texas (KTRK) -- Uber says a driver who discriminated against a Houston man with a genetic disorder is banned from driving for the company.

On Monday, we told you about Reggie Bibbs' heartbreaking story. Bibbs, who suffers from an extreme case of the genetic disorder neurofibromatosis, believes the driver cancelled his ride to the Texas Medical Center because of his appearance.

The disorder has left Bibbs with noticable tumors on his face and body.

Bibbs said he was trying to get to the doctor's office for blood work when the driver passed by his home, giving the man a double take before cancelling his ride.

The driver allegedly made eye contact with Bibbs, but never stopped.

Today Uber said it has permanently banned the driver who cancelled Bibbs' ride, saying he was in violation of the company's non-discrimination policy.

Uber apologized earlier this week, saying it prohibits any form of discrimination on the app.

Bibbs works with the non-profit Courageous Faces Foundation, and said he was left feeling embarrassed and shocked by the incident.