The Los Angeles Angels are playing with heavy hearts Tuesday against the Rangers in Texas, where a moment of silence was held in honor of late pitcher Tyler Skaggs.

ARLINGTON, Texas -- The Los Angeles Angels played with heavy hearts Tuesday against the Rangers in Texas, where a moment of silence was held in honor of late pitcher Tyler Skaggs.

Skaggs died on Monday, when the 27-year-old pitcher was found unresponsive in his Texas hotel room.

A moment of silence was held for Skaggs prior to the first pitch in the game against the Rangers Tuesday night. All teammates stood in silence with the No. 45 placed on their jerseys over their hearts. The No. 45 was also painted on the back of the mound where his teammates played their first game since the pitcher's death.

The game ended with a 9-4 win by the Angels.

Angels general manager Billy Eppler described himself as being "in utter shock and disbelief."

The team, in a statement, called Skaggs "an important part of the Angels Family" and said its thoughts and prayers were with his wife and entire family "during this devastating time."

Police in Southlake, Texas, said they were investigating but no foul play was suspected. The cause of death remains under investigation.

Eppler, manager Brad Ausmus and team president John Carpino addressed the media Tuesday afternoon, before the Angels and Rangers were scheduled to play.

"Tyler brought joy to everybody around him. He was magnetic, people were drawn to him. He was generous and kind, and our team will never be the same without him, but forever, we've been made better by him," Eppler said. "He was a staple in our community, with all the efforts of the Angels throughout Southern California. There's so many people that knew Tyler, and loved Tyler. I have yet to run into somebody who hasn't."

Ausmus reminisced on Skaggs' playful spirit, including a lighthearted moment he had with the young pitcher ahead of this Angels-Rangers series.

"He's goofy in a very funny way. This road trip to Dallas, he came up to me four or five days before and said, 'Hey, we're going to Texas for two series, you care if we all dress up in Western gear?'" Ausmus said. "He kind of spearheaded that, and that's one of the last pictures we have of Skaggs-y with his teammates, all dressed up in cowboy gear."

In Anaheim, flowers, ball caps and messages from fans are pouring in. A memorial is growing outside Angel Stadium following Skaggs' unexpected death.

One man, who is on vacation, brought his son by the memorial, but said explaining what happened isn't easy.

Fan Mike Mescheder of Brea added an Angels cap to the memorial.

Mescheder was at Saturday's game in Anaheim when Skaggs was on the mound. Now he wonders.

"It was odd that he came out in the 4th inning after only giving up two hits on Saturday and a couple walks, and made me think, when I found out, maybe something was bothering him then," he said.

It's not the first time this team and its fans have felt heartache. Ten years ago, rookie pitcher Nick Adenheart was killed by a drunk driver. Many fans say Skaggs' death has brought back all those emotions, young stars of the game -- gone too soon.

Skaggs' death has touched people all over Southern California. He grew up in Woodland Hills and graduated from Santa Monica High School, where his mother, Debbie, was the longtime softball coach.

Skaggs, who got married last December and would have turned 28 on July 13, had been a regular in the Angels' starting rotation since late 2016, when he returned from Tommy John surgery. He struggled with injuries repeatedly in that time but was 7-7 with a 4.29 ERA in 15 starts this season to help an injury-plagued rotation. 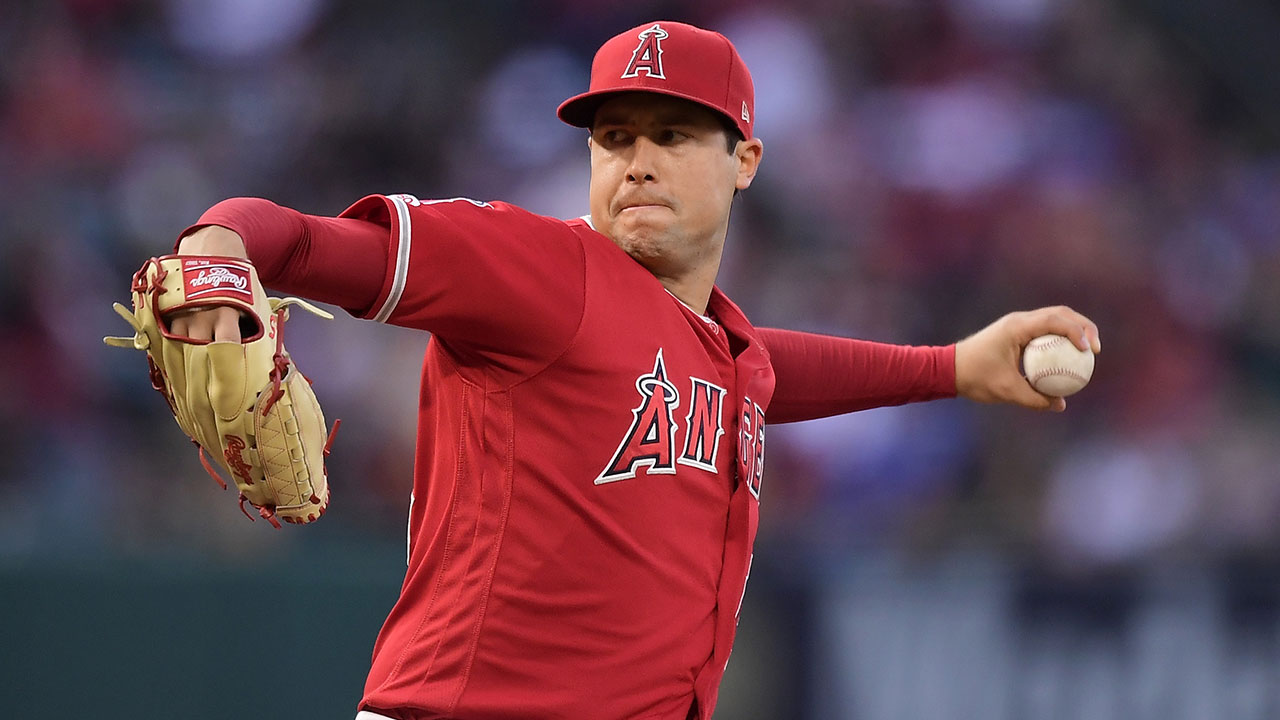