Happy Twosday! Don't miss out celebrating the coolest date of the decade 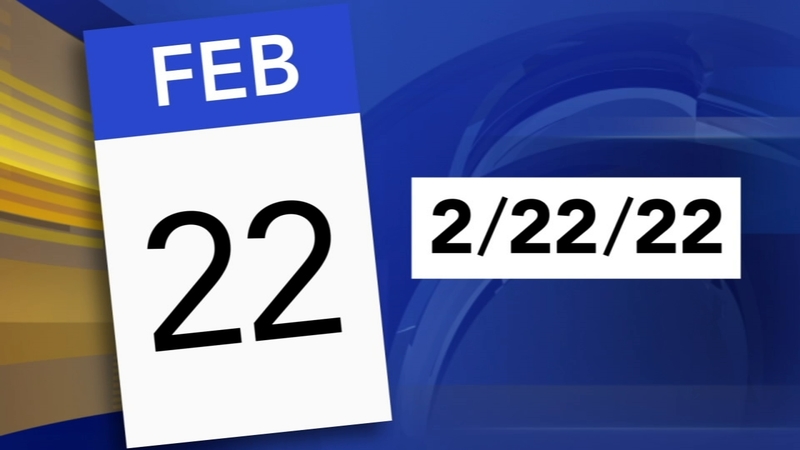 PHILADELPHIA -- Good things come in twos. At least this Tuesday it does.

The date is February 22, 2022. When you write it, 2/22/22, it's a palindrome, meaning it reads the same forward and backward. It also falls on a Tuesday, which is now referred to as Twosday.

It's the most exceptional date in over a decade, according to palindrome enthusiast Aziz Inan. He's a professor of electrical engineering at the University of Portland in Oregon, and he has been studying palindrome dates for over 14 years.

It's a ubiquitous palindrome date because it's a palindrome when it's written in the United States format of month, day, year, and the format most other countries follow of day, month, year, Inan said.

"I feel that these dates have magical power in terms of getting people's attention, no matter what age," he said.

Earlier this month on another palindrome date, February 2, Inan had the idea of writing 2/2/22 and 2/22/22 on a paper bag and wearing it on his head that day.

Throughout the day, people came up to him and inquired about his makeshift hat, he said.

"I enjoy when I get somebody's attention to this, especially some kid or college student, and it makes me feel happy that I did something good in the long term to tap into their curiosity," Inan said.

Head on down to the chapel

With as special a date as Tuesday's, it's no surprise people are flocking to their nearest chapel to get married.

Many are heading straight to Las Vegas, the marriage capital of the world.

Clark County, where Las Vegas is located, celebrated its 5 millionth marriage license over the weekend and is expecting a great turnout this Tuesday, said Clark County Clerk Lynn Marie Goya.

For a limited time, couples can obtain a marriage license at Harry Reid International Airport, the main airport in Las Vegas. The service runs through February 22.

Palindrome dates have always been busy for Sin City. On November 11, 2011, over 3,500 couples tied the knot, according to Goya, making it the city's second-busiest date for wedding ceremonies of all time.

Las Vegas isn't the only city participating in the Twosday festivities.

In Sacramento, California, 222 couples will participate in a wedding at the State Capitol. The ceremony starts at 2 p.m. PT and will conclude at precisely 2:22 p.m PT.

Couples in Singapore are also eager to get married on Tuesday. As of Feb. 9, about 500 couples had registered with the Registry of Marriages to get married on the February 22, according to the South China Morning Post.

If all this talk about marriage is making you want to say "I do" on Tuesday, there is no wait for marriage licenses in Clark County, Goya said.

Who could forget that along with all the fanfare of weddings comes a day full of delicious tacos?

Taco Twosday also falls on National Margarita Day -- coincidence? (We think not.) Many restaurants around the United States are offering deals on the tart drink.

And for those who haven't booked their summer vacations yet, different resorts are offering limited-time deals for Twosday.

Even Google didn't want to miss celebrating this auspicious day. Users who type "2/22/2022" into the Google search bar and press enter will be greeted with a flurry of confetti and a sign reading "Happy Twosday 2 You!"

Don't feel sad once the day is done. February 23 through February 28 are also palindrome dates -- though not ubiquitous ones.