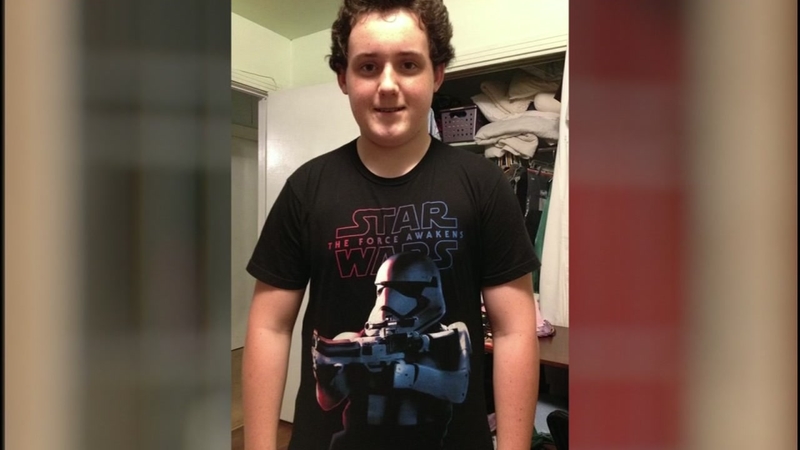 ROSENBERG, TX (KTRK) -- A 7th grader in Rosenberg says he was forced by school administrators to cover up his Star Wars t-shirt.

Joe Southern says his son, Colton, wore a shirt depicting the "Star Wars - The Force Awakens" logo, along with a Storm Trooper holding a weapon, to class Thursday at George Junior High School. He's apparently worn it to school several times before without any issue.

On Thursday, though, school officials told Colton the shirt was banned because it has a gun, or at least a picture of what in the movie is weapon.

"It's political correctness run amok. You're talking about a Star Wars t-shirt, a week before the biggest movie of the year comes out. It has nothing to do with guns or making a stand. It's just a Star Wars shirt," Southern said.

Administrators say they did not reprimand the student, though they could have required him to change or assigned him in-school suspension. They say they only required him to zip up his jacket.

Southern says the incident, in his opinion, amounts to a violation of the first amendment. He says the weapon shown is fictional as is the character holding it and that any implication his son would hurt anyone would be incorrect.

"He's a Boy Scout, active in church, volunteers at Brazos Bend State Park. There's not a violent bone in his body. He's just an excited kid for the movie," said Southern.

The Star Wars franchise is owned and distributed by Disney, which is also the parent company of abc13.