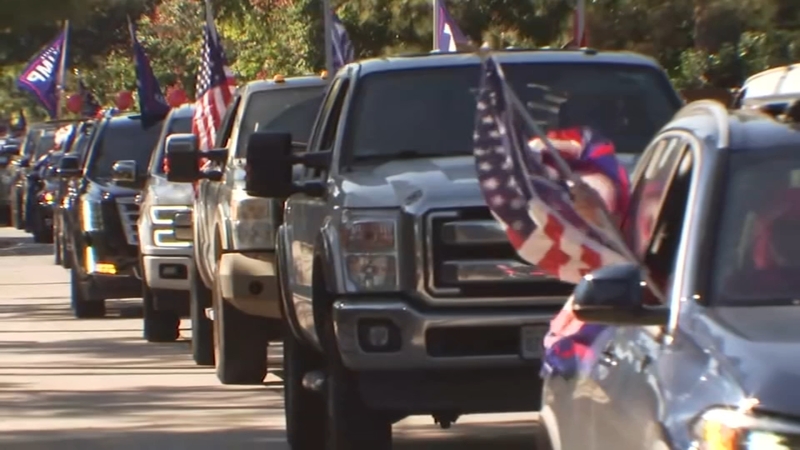 Hundreds of people caravanned down Memorial Drive from St. Martin's Episcopal Church, in what one supporter said was a 'warm Trump Texas welcome' for vice presidential candidate Kamala Harris.

Houston was one of three Texas stops planned for Harris on Friday.

"MAGA PARADE 20 miles long," wrote one observer who posted on video of the event on Facebook.

President Trump carried Texas by nine points in the 2016 election, taking 38 electoral votes over Hillary Clinton.
Some national prognosticators have called the 2020 race a "toss-up" in Texas between the incumbent and challenger Joe Biden, though a Democrat hasn't carried the Lone Star State since 1976 when Jimmy Carter beat Gerald Ford. Then-Lieutenant Governor Bob Bullock was the last Democrat to win a statewide office in 1994 when he was re-elected.

Recent polls, including one from the New York Times and Siena College found that Trump still led Biden by four points, 47% to 43%.

While the race appears to be tight, according to pollsters, voter turnout is anything but.

Early voting numbers have set records across the Houston area and the state.

RELATED: Over 9 million Texans have cast ballots so far, surpassing total votes in 2016


Trump supporters have become known for parades of various modes of transportation this election season.

A number of large boat parades have been held on lakes across the country, including a Sept. event on Lake Houston.