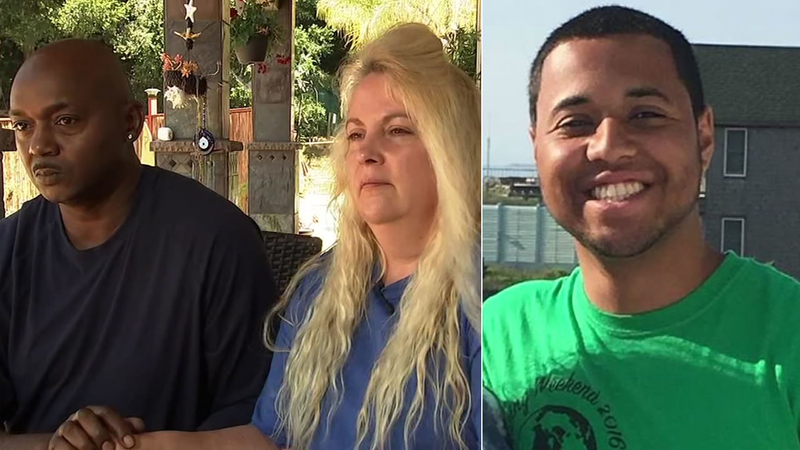 EXCLUSIVE: Parents recall moment they found out son was killed in Gilroy shooting

GILROY, Calif. -- The parents of 25-year-old Trevor Irby spoke exclusively to ABC7 News reporter Luz Pena about the heartwrenching moment they got a phone call telling them their son was killed in a shooting at the Gilroy Garlic Festival.

His mother Tammy Williams has played back and forth the last words she told her son a day before the shooting.

"The last thing I said to Trevor was, 'Trevor I love you,'" he said. "He said, 'Mom I love you. I'm having a good time, I'll call you tomorrow.' Well, my call tomorrow never came. That call for me was getting in the plane to bring him home and bury him."

The call came from an officer telling her that her 25-year-old son had been killed.

"But apparently it was at close range," she said. "He was behind my son. My son did not know he was there. They were sitting with their backs towards everyone else."

Holding hands and comforting each other, Tammy and Terry Williams remember dropping everything and getting on the first flight from New York to the Bay Area to identify their son.

"So I had to wait for them to come to me with a picture of my son in the morgue to ask me if it was him," she said. "So I had to identify him through a picture."

She went on to say, "I couldn't believe it. My heart broke. It literally just ripped out of my chest. To think that my son, who was so loving and kind. His goal in life was he was actually going to school to help people for this and that someone like that shot my son. I just... I thought I was instantly just going to die. My baby. How could somebody just do that to somebody that never hurt a single soul in his life?"

His father described Irby as his best friend and the perfect son.

RELATED: What we know about 3 killed in garlic festival shooting

These are questions that remain unanswered, shaking this family to their core remembering 25 years ago when they lost their oldest son Tyler.

"Angels come and they stay a short while do their job and go home," Tammy said. "Because now they are together. It's been 25 years since my first son died and now my son at 25 is gone."

Luz: How do you want Trevor to be remembered?
Tammy: "I want people to remember Trevor as the kindest person you'll ever find. He would never hurt anybody"

The Williams family is arranging to transport Irby's body back to New York. He will be buried next to his brother and grandfather, who died a month ago.