Court sides with transgender widow in fight over firefighter's estate 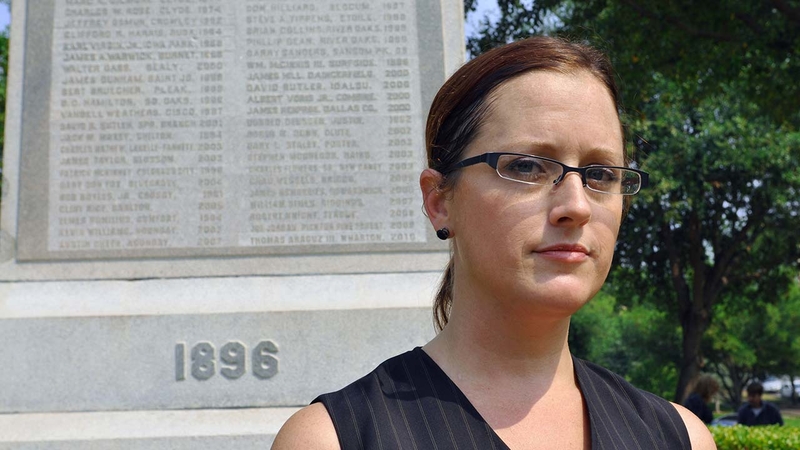 Court sides with transgender widow in fight over estate

WHARTON, TX (KTRK) -- A state appeals court has reaffirmed its earlier decision to validate the marriage of a transgender widow seeking the estate of her firefighter husband who died battling a blaze.

The ruling Friday by the 13th Texas Court of Appeals sent the case of Nikki Araguz Loyd back to a Wharton County judge who originally voided the marriage because Texas did not recognize same-sex marriage. Kent Rutter, an attorney for Loyd, said Monday that ruling meant Loyd was not entitled to Thomas Araguz's estate.

According a 2014 appeals court opinion, Araguz Loyd's marriage was valid due to a change in the Family Law code that states that a person who has had a sex change is eligible to marry a person of the opposite sex. Aragon Loyd said she has a sex change months after she got married to Thomas and that he knew she was transgender at the time they married. Araguz Loyd now stands to collect more than half a million dollars in the death benefits.

On Friday, the state appeals court upheld their 2014 opinion and has now sent a mandate to the Wharton county judge who originally head the case.

"It's bittersweet finally having the victory now. When I don't necessarily need it. But it allows me to do amazing things with it," said Araguz Loyd. I'm just going to go on about my life helping other people do the same, but really taking a step out of the political movement and really focusing more on spiritual aspects."

The U.S. Supreme Court has since legalized gay marriages.