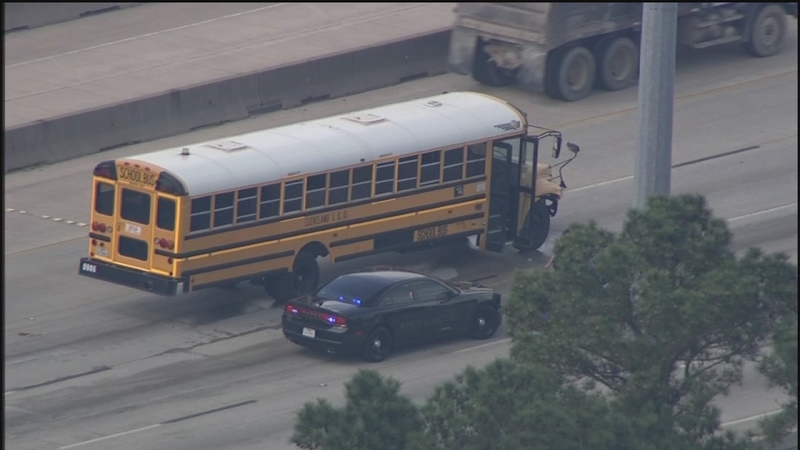 Students transported after bus accident on 59

HOUSTON (KTRK) -- More than a dozen students were transported to an area hospital after a school bus was involved in a wreck this afternoon.

It happened at Highway 59 northbound at Rankin Road. The school bus was involved in a wreck with an 18-wheeler. Cleveland ISD tells us the Air Force JROTC students from Cleveland High School were returning from a field trip to NASA.

According to the Houston Fire Department, 18 patients between the ages of 13 and 16 were transported to four different hospitals as a precaution. At least 13 of them were discharged by Tuesday night.

"Right now things are obviously pretty chaotic at several ERs throughout the Houston area, but none of the children are listed in any type of serious or critical condition. Most of them just have some abrasions and things to that effect," said Capt. Rex Evans with the Liberty County Sheriff's Office.