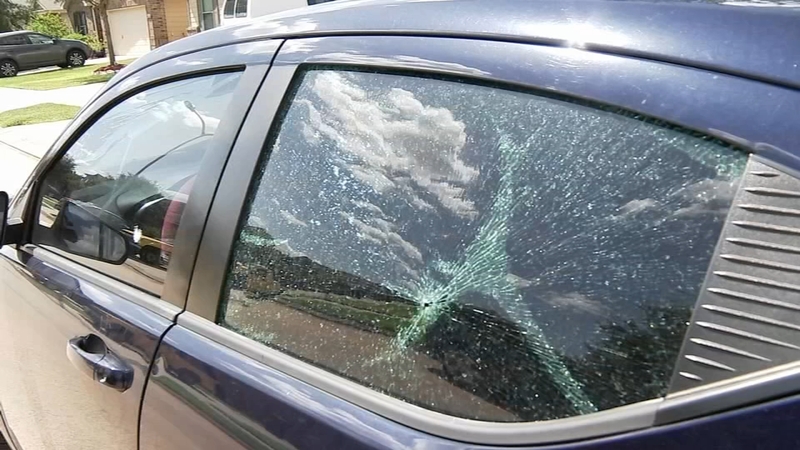 CYPRESS, Texas (KTRK) -- The mother of a 20-year-old woman says she received a frantic phone call from her daughter moments after a scary road rage incident.

"She called me first thing," said the mother, who did not want to be named. "And she was screaming on the phone."

The daughter was driving home from work near Cypress North Houston Rd.and Huffmeister Rd. around 1 p.m. on Saturday.

ROAD RAGE IN NW HOUSTON: Mom of a 20 year old woman says her daughter was shot at in a road incident around 1pm. Nobody hurt, but they want the other driver arrested. Details coming up on @abc13houston pic.twitter.com/iFybeeXiBU

The woman told her mother she accidentally cut off another driver and believes that's what led up to the shooting.

The driver who fired the shots, driving a gray Dodge Dart, allegedly pulled up next to the driver side of the daughter's car and fired shots.

"She saw a gun and he was shooting at her," the mother said.

PHOTOS: Damage to the vehicle! pic.twitter.com/PPI8LD0pJQ

The mother showed ABC13 the damage to the car believed to be from the bullets.

There is damage to the glass on the driver side window and back left window and a dent in the trunk.

The incident was reported to constable deputies with Precinct Four and the office is investigating.

The daughter was not hurt and according to the mother, constable deputies are investigating whether the weapon was a pellet gun or a 22-caliber gun.

"Who in their right mind thinks that shooting at someone is the right answer?" the mom said. "I just don't understand what's happening right now."