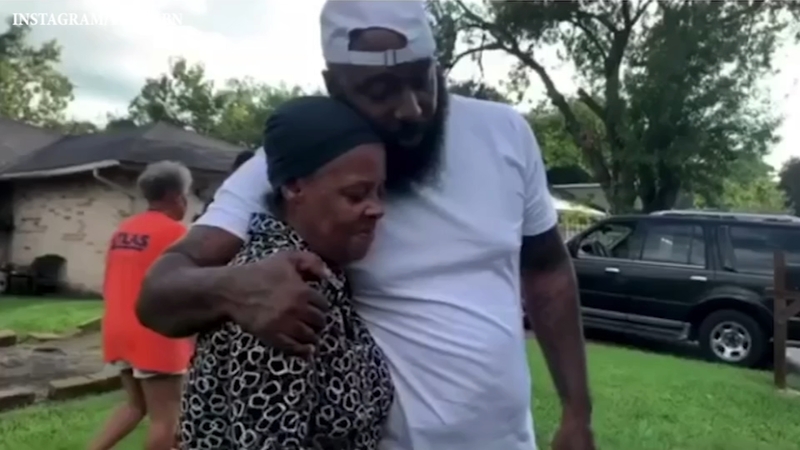 HOUSTON, Texas (KTRK) -- Rapper and community activist Trae Tha Truth has once again made good on his word to help out a fellow Houstonian.

Trae had heard about how grandmother Sheila Henry was allegedly targeted during a carjacking at a gas station in northwest Houston nearly two weeks ago.

Surveillance video from the Chevron at 3301 Pinemont shows the crime, where two people are seen walking up to Henry, then tripping, punching and dragging her after she refused to give up her keys.

Since then, a 15- and 16-year-old have both been charged with robbery.

Henry was not seriously injured.

A few days after the incident, Trae met up with her in a show of support and later gifted her with a $5,000 donation during a fundraiser.

But the rapper wasn't done yet.

On Monday, he shared an update on Instagram, saying that Henry's truck was finally returned to her, and it looked as good as new.

According to Trae, Bloodline Customs restored her truck, which had body damage. The truck's interior was also vandalized, and the radio was stolen.

Then Trae had one more surprise.

"This is $10,000," he said in the video as he handed her a check. The money was donated from Angel by Nature, a non-profit organization founded by Trae, to help Henry start a business.

"We are one. One luv to everyone who teamed up to stand up for her," Trae wrote in his Instagram post.