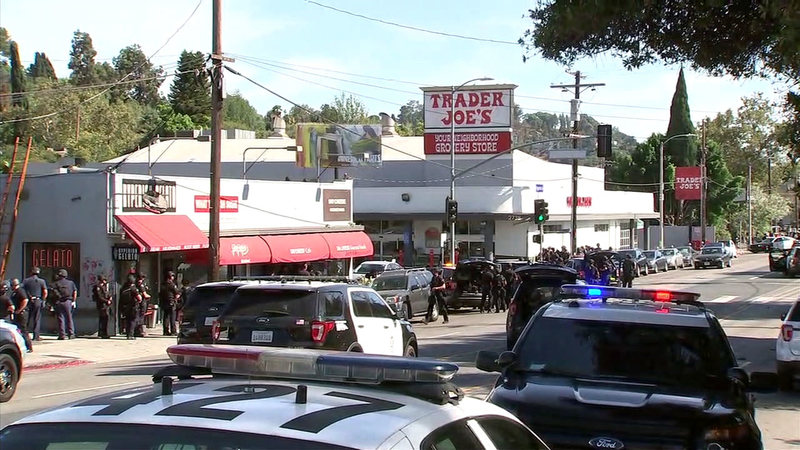 During that shooting, the suspect crashed into a pole near the Trader Joe's in the 2700 block of Hyperion Avenue. He was shot in the arm and then ran inside the supermarket as authorities returned fire, shooting out the glass doors of the business.

RELATED: 'I was just praying' Mom of Trader Joe's worker describes not hearing from daughter in Silver Lake hostage situation

The suspect, who has not been identified, is said to be about 28 years old.

"Our hearts are broken over what happened today. This has been an incredible trauma, and our thoughts are with our Crew Members and customers. Our focus is on doing whatever we can to support them at this time. We appreciate everything Los Angeles law enforcement did to ensure an end to this ordeal."

Authorities said the suspect's grandmother was in critical condition at the hospital and the other woman he shot only suffered a graze wound to her head. She is expected to survive.