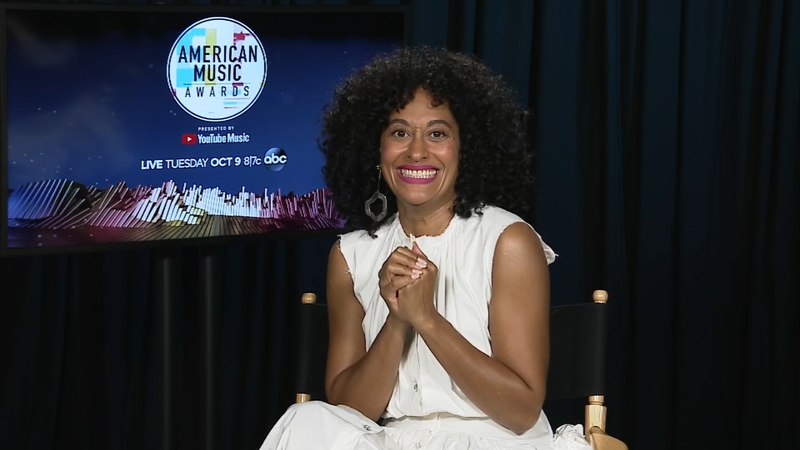 This is the second time hosting for the Golden Globe Award winner and Emmy nominee.

Ross joked that she's been stretching all morning because she's opening the big show with a musical number. She says that she has been rehearsing all week.

She shocked and stunned with her fashion choices last year, and this year, Ross says there is a "story" she is "telling through clothes" this year. Viewers can expect to see eight or nine outfit changes.

You can of course expect to see some huge musical performances tonight by the industry's biggest stars including, Mariah Carey, Carrie Underwood, Post Malone, Ciara, Missy Elliot, and Khalid.

RELATED: See who's performing at the American Music Awards

"You get the best medley concert ever of the biggest hits that are going on," Ross said.

Ross is incredibly busy as her hit comedy black-ish, will return next week for its fifth season! She says they will pay tribute to Prince as part of their 100th episode.

"I want everybody to know that I think I look really hot as a guy and that sideburns and a mustache become me," Ross said.

We are SO in! @TraceeEllisRoss returns to host the 2018 @AMAs, live Tuesday October 9 at 8|7c! #AMAs pic.twitter.com/np7Wc79lOq