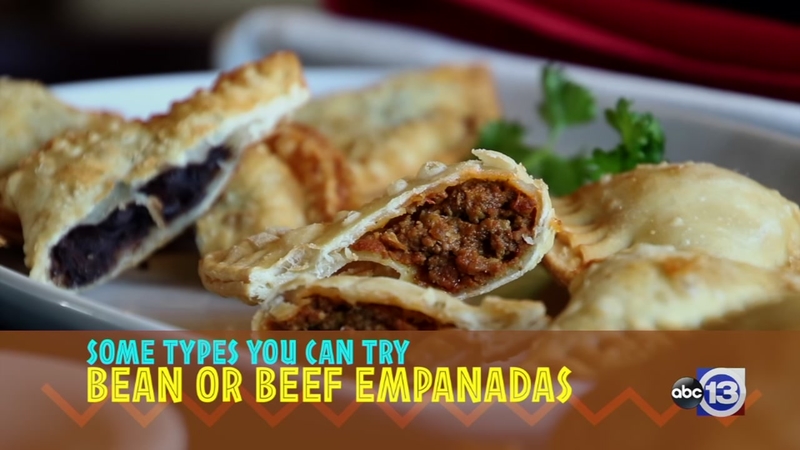 HOUSTON (KTRK) -- We asked ABC-13 viewers for their favorite empanadas around town and put together the list of the best Houston has to offer!

The overwhelming favorite is The Original Marini's Empanada House. The family opened a restaurant in 1971, but it burned to the ground in 1985. It took them until 2004 to rebuild in Katy, with The Original Marini's Empanada House popping up in 2007 in Westchase. Their Argentinian meat, cheese and veggie, and dessert empanadas are $2.50, with a specialty list for $3. They now ship frozen empanadas for your out of state friends that you want to have a taste of the best.

El Bolillo
There's something new every day at El Bolillo Bakery. They started out as a small Mexican bakery in the Greater Heights area. Soon, business outgrew the small building and construction started for a bigger bakery across the street. Another location later opened in the South side of Houston off of S. Wayside.

Mi Pueblito
Meat empanadas are just $1.50 at the Colombian restaurant. They have two locations - one on Richmond and the other in Katy.
Gran Columbia Restaurante
The Colombian restaurant on Highway 6 tries to take you to Colombia without even leaving town! The empanadas at Gran Columbia are not only some of the best in town, but they're also at some of the best prices. Hawaiian empanadas are only $1.25!

Cafe Piquet
Cafe Piquet has been serving Cuban cuisine in Houston for nearly two decades at the Bellaire location. Their beef empanadas come two to an appetizer for a little over $4.

Arandas Bakery
If you're looking for anything sweet, empanadas especially, you know you can always find them at any of the five Arandas Bakery locations. The Mexican bakery makes everything from scratch and never use anything frozen.

Sammy's Wild Game Grill
Sammy's on Washington is known for its exotic meat, including venison, water buffalo, kangaroo, antelope, and more. And the empanadas are no different. Get a flaky pastry stuffed with the chef's choice of meat, onion, jalapeno, spinach, mushrooms, and raisins. One viewer told us the iguana empanadas are great!