TIMELINE: How the arrest at Hyatt Regency Downtown unfolded

KTRK
HOUSTON, Texas (KTRK) -- Less than 24 hours before party goers were set to pack the lobby of the Hyatt Regency Downtown police arrested a man with guns in his room. That man has been identified as 49-year-old Russell Ziemba.

However, Ziemba had a previous arrest just a week earlier. He has also now made an appearance in court where more details have come out about the New Year's Eve incident at the Hyatt.

Here's a timeline of what we know so far.


Employees say he had a crossbow and other guns in his truck.


About 1:00 a.m.: An off-duty police officer encounters Ziemba in the lobby of the Hyatt Regency Downtown. He was reportedly drunk and belligerent.


1:30 a.m.: The off-duty officer made a call for "urgent backup" when Ziemba allegedly refuses to cooperate.


About 2:00 a.m.: Officers escort Ziemba to his room and discover he had three guns, including an assault rifle and a loaded magazine.

2:49 a.m.: Ziemba is taken to Southeast Jail for questioning.

8:29 a.m.: ABC13 learns the FBI is helping Houston police with the investigation.

We've now learned the FBI is aware of the Hyatt situation and is assisting @houstonpolice. Man in custody after several weapons and ammunition was found in his hotel room ahead of tonight's New Year's Eve party. https://t.co/XR5QWSCLSu pic.twitter.com/YoVzh6kKGY

9:00 a.m.: HPD Chief Art Acevedo tweets that the situation is contained at the Hyatt and there is no threat to Houston. He also assured Houston residents that the department will be out in full force to keep them safe on New Year's Eve.

Situation from this morning at downtown hotel is contained. No specific threats to @HoustonTX. @houstonpolice will be heavily deployed throughout the city to include SWAT react teams. Proud of officers & Hyatt. As always be vigilant & report suspicious a activity to authorities.

The safety and security of our guests and colleagues is our top priority, and we are fully cooperating with authorities on an ongoing investigation after an individual was taken into their custody this morning. Please be assured that heightened security measures are in place and will continue through the hotel's New Year's Eve celebration this evening. Further questions should be directed to law enforcement.

Court records show he had been problematic at the hotel for several days, allegedly harassing other guests

Prosecutors say Ziemba resisted arrest after the weapons were found. He's accused of kicking an officer during the struggle.

He now faces charges of misdemeanor trespassing and assault of a police officer.

According to bond paperwork, he is still being investigated to determine if he planned to use the weapons.

A judge reduces Ziemba's bond from $105,000 to $20,000. If he posts pond, he'll be subject to certain restrictions like no access to alcohol or guns. Ziemba would also be issued an ankle monitor.

ABC13 will continue to add to this timeline as more information becomes available. Sunday will be busiest travel day in pandemic, TSA projects 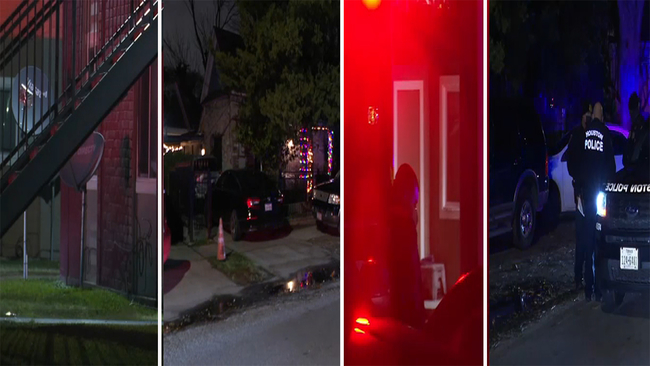