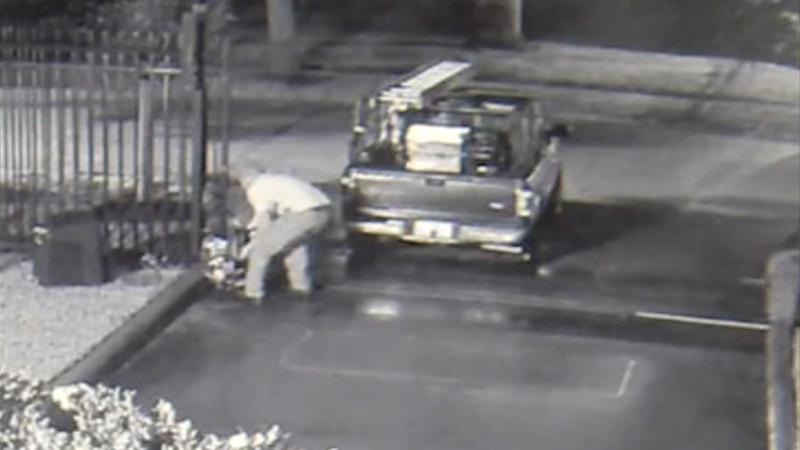 HOUSTON, Texas (KTRK) -- A fast-acting crook took off with an expensive piece of electronics that is supposed to keep the criminals out.

"I've seen a lot of things. I've never seen an electric gate opener ripped out of the ground and stolen," said Jed Silverman, who said he was surprised just by what was stolen.

Silverman then watched his building's surveillance video. His camera is in plain sight.

Silverman should know. He has spent years around accused criminals as a defense attorney.

"I don't think I'll be defending these people," he said.

The theft happened around 6:30 a.m. Wednesday at his office in the 1200 block of Studewood in the Heights area.

The video shows a truck, believed to be a Ford Ranger, back in. The driver gets out and yanks open the gate attached to the fence that encloses the front parking lot.

He then goes back for a saw and cuts the automatic gate motor right off, puts it in his truck and leaves. The whole thing takes about 10 minutes.

"What are we supposed to do now? We put up these gates to protect our property and now criminals are going to rip the gate openers out of the ground?" Silverman asked.

Silverman says the motor cost about $5,000. Until a new one arrives that will be caged, the thief also stole some of their sense of security.

Silverman is determined to have the thief prosecuted, while also staying true to his trade.

"We're coming for you," he said. "But just like everybody else, they're due their day in court."

The theft was reported to Houston police. Silverman says his office hopes to enhance the video in an attempt to get a clearer image of the thief's license plate.