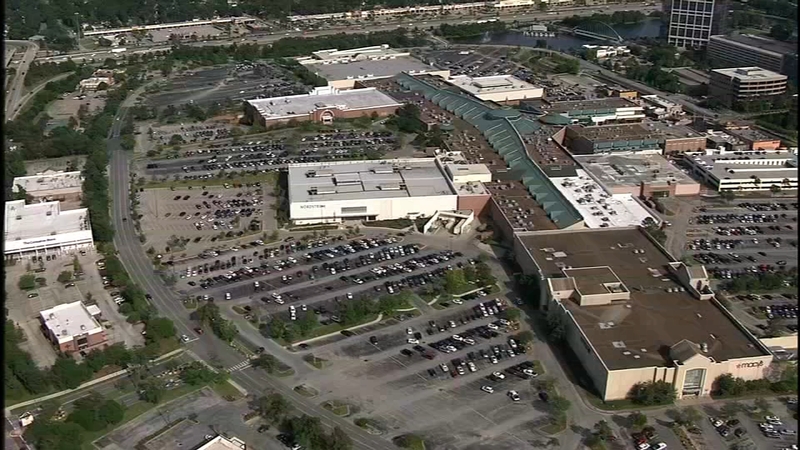 Email error sends some The Woodlands Mall tenants into panic

THE WOODLANDS, Texas -- An alleged email error recently caused some tenants at The Woodlands Mall to believe they would be fined if they closed their businesses early amid the coronavirus pandemic.

On July 18, several kiosk tenants at The Woodlands Mall received an email from Brookfield Properties, the landlord for numerous malls across the Houston area, including The Woodlands, Deerbrook, Willowbrook, First Colony and Baybrook malls. The email, which has been obtained by Community Impact Newspaper, stated that common area tenants must remain open to the public at all times during the mall hours.

"Security will be issuing corrective actions to tenants who are opening late or closing early. Please inform your employees of this matter," the email read. "If the store continues to not operate during the times the mall is open, a $50 fine per hour or portion of, will be issued for each day of this occurrence."

But Lindsay Kahn, director of public relations at Brookfield Properties, said the email was mistakenly sent out along with a mall requirement memo sent to tenants prior to the pandemic. Since the error was discovered, Kahn said the mall's general manager has reached out personally to tenants to correct the error.

"It is a personal decision for each tenant and owner and company and how they choose to open," Kahn said. "Do they feel safe, do they not feel safe, there are many factors to go into that decision (to not fine tenants) given the climate out there."

Abdur Rehman, franchisee owner of Mobile Outfitters, said when he received the email, he was shocked. He said charging a fine for closing or opening late would have prevented him from managing his business amid the coronavirus threat.

"If tenants, for their safety, want to close their business or close early or open up late or whatever it is, they should be allowed to do so," he said.

Rehman said he was happy to hear his business and other small businesses would not be fined, especially since many mall tenants are still struggling to pay rent for the almost month and a half Brookfield Properties' malls were closed at the start of the pandemic. The Woodlands Mall closed to the public March 27 except for a few exterior-facing restaurants and reopened May 5.

"At the end of the day, as long as we're not getting fined that's a good response," he said.

A strain on tenants

The email brings to light a strain put on mall tenants across the nation during the pandemic. Had Brookfield Properties decided to fine tenants for not being open during mall hours, it would likely be within the company's contractual right, said Himesh Gandhi, equity shareholder at Houston firm Roberts Markel Weinberg Butler Hailey.

"Especially in malls, it's very common (for leases) to say you will open for the hours of 8:30 to 10:00," said Gandhi, who is a board certified commercial real estate lawyer. "That's a term that potentially could default a tenant if they are in fact not doing that."

The pandemic has caused intense financial stress for not only mall tenants but business owners across the nation, Gandhi said.

"We're seeing a number of tenants who simply have to file bankruptcy or who have simply left or can barely pay their rent," he said. "So it's one of the most troubling and challenging times from a leasing perspective."

However, Gandhi said the stress of the pandemic falls on both tenants and landlords, who often have financial obligations as well.

"Most landlords are going to have their financial obligations to the banks," he said. "So those covenants are still in place where they are required to have tenants. They're required to have paying tenants, and the landlords are required to pay their promissory notes and obligations to the various financing instruments and institutions. It's one of those things where, unless the landlord can get some relief from the banks, that's probably the one way they'd be able to pass that down to their tenants."

This content was provided by our partners at Community Impact Newspaper.
Report a correction or typo
Related topics:
shoppingthe woodlandsemailsmall
TOP STORIES
Daylight shows home destroyed after standoff with shooting suspect
What we know about man accused of shooting 3 HPD officers
Suspect arrested after 30-minute chase ends on I-45 in Texas City
Clouds clearing today, sunny through the weekend with rain next week
5 people charged in connection with Pct. 5 corporal's murder
How many times can I reuse my N95 mask?
Decades after TV anchor disappears, convicted rapist denies connection
Show More
Driver dies after slamming into 18-wheeler's trailer on US-59
Woman shot in the shoulder during robbery set up in SW Houston
Prepare for a major closure at I-69 and 610 West Loop this weekend
Officers escort body of corporal killed in ambush to funeral home
ABC13 obtains HPD scanner traffic of chase that led to shootout
More TOP STORIES News