Mom on daughter who committed suicide: "But I know her story can save someone else's" 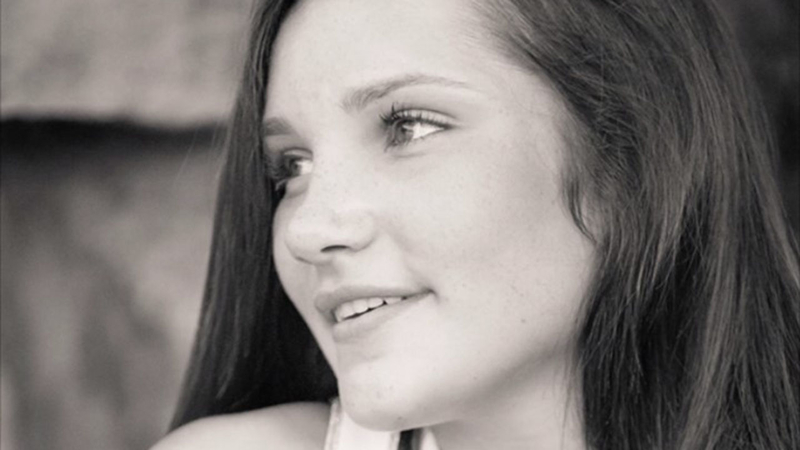 THE WOODLANDS, TX (KTRK) -- Cassidy Hess was a varsity cheerleader at College Park High School in The Woodlands. She volunteered in her community and she was active at school and in church.

"Cassidy have everything going for her," said her mother, Kim Hess. "She had everything to live for."

She died nine months ago at the age of 16. She committed suicide.

"I never had to think about suicide before," said Kim Hess. "I really didn't think about the stigma attached to it until now."

She stills struggles understanding why her daughter took her own life.

"Why didn't my daughter reach out to someone whenever she needed help?" Hess asked. "Because she didn't. She had people ask her all day long what was wrong because she was sad that day. She didn't reach out."

She is now spearheading an effort to get others to talk and to erase the stigma.

With the help of Cassidy's friends and a willing administration, College Park High School now has a student club that focuses on suicide education and prevention. It's called "Cavs Joined For Hope."

"Teaching our youth how to interact with each other in a more appropriate manner," said College Park Principal Mark Murrell. "And being supportive of each other. And helping each other each and every day is important."

At orientation, 136 students signed up to join the club. More than 100 attended the first meeting.

"I think the kids are really wanting to step up and do the right thing and it's been amazing to watch their leadership," said Elizabeth Burks, the club's sponsor and Cassidy's former cheer coach.

This is an effort Kim Hess and others here hope travels beyond the walls of College Park. On Friday night, the football team will wear purple socks during its game at Deer Park. Deer Park will also wear the socks.

"It's an issue that's out there," said football coach Richard Carson. "It's a problem. It's real. It's something that we need to talk about it."

"I have to wake up every day knowing I wasn't able to save my daughter's life," said Hess. "But I know her story can save someone else's."

On Wednesday, the new club is hosting a Suicide Prevention Forum at Woodlands Church between 7-9pm. It's called "Breaking The Silence" and is free to attend. Speakers will include Kim Hess, Denise Cipolla, Coordinator of Guidance and Counseling for CISD, and Denise Zimmermann, Director of Guidance and Counseling for Spring ISD.
Related topics:
the woodlandssuicide
Copyright © 2021 KTRK-TV. All Rights Reserved.
TOP STORIES
Brothers describe boy's beating death in their family home
End of chase prompts SWAT stand off near UH
Windstorm could bring gusts up to 50 mph Thursday
3rd person accuses same man of road rage, says he spat in her face
Facts about 'Bobby Dynamite,' the Astros train guy, you may not know
Astros' translator is key voice and crucial set of eyes for team
The Woodlands voters consider incorporation in Nov. election
Show More
Gymnastics coach sentenced to prison for sex assault of child
Criminal charges 'on the table' in deadly shooting on 'Rust' set: DA
UST offering one-of-a-kind program for students with disabilities
Astros 'very confident' despite dropping World Series Game 1
2 shot during argument at auto shop in Spring Branch, HPD says
More TOP STORIES News