Watch 'The Interview' from your home 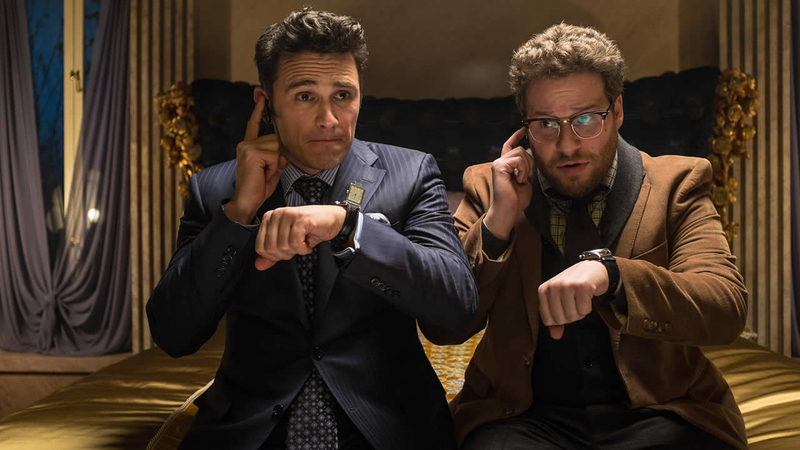 LOS ANGELES, CA -- In an unprecedented move, Sony Pictures broadly released "The Interview" to digital platforms Wednesday, a reversal of its previous plan not to show the film after hackers released thousands of documents online and threatened violence at theaters showing the comedy that depicts the assassination of North Korean leader Kim Jong Un.

The move means easier access for viewers - and may further erode the studio's symbiotic relationship with theaters: A day earlier, Sony and independent theaters agreed to release the movie in over 300 venues Thursday. The three largest theater chains have been largely silent since deciding not to show the film, which was originally set to open on Christmas on up to 3,000 screens.

"It has always been Sony's intention to have a national platform on which to release this film," said Sony Pictures chair and CEO Michael Lynton in a statement Wednesday. "It was essential for our studio to release this movie, especially given the assault upon our business and our employees by those who wanted to stop free speech. We chose the path of digital distribution first so as to reach as many people as possible on opening day, and we continue to seek other partners and platforms to further expand the release."

I need to say that a comedy is best viewed in a theater full of people, so if you can, I'd watch it like that. Or call some friends over.

Seth Rogen, who stars in the film he co-directed with Evan Goldberg, cheered the decision.

"I need to say that a comedy is best viewed in a theater full of people, so if you can, I'd watch it like that. Or call some friends over," he tweeted.

Sony's initial decision not to release the film was widely criticized, with President Barack Obama one of Sony's harshest critics.

"As the president made clear on Friday, we do not live in a country where a foreign dictator can start imposing censorship here in the United States. With today's announcements, people can now make their own choices about the film, and that's how it should be," Schultz said.

Studios have released smaller indie and foreign movies simultaneously in theaters and on digital platforms, but never a mainstream film like "The Interview." However, analysts said the situation with "The Interview" left Sony little choice.

"This isn't being done because Sony wants to do it regularly, but rather out of necessity prompted by the exhibitor boycott," said Wedbush Securities analyst Michael Pachter. "The only guys showing it are independent chains."

"Sony is in a delicate situation here since they normally never go this route with a major film, but theater chains also know this is a unique back-against-the-wall situation," added Gitesh Pandya, editor of BoxOfficeGuru.com.

It's challenging to put a figure on how much Sony might benefit financially from releasing the movie on demand, Pandya said.

But he said all the attention "The Interview" has had over the past month has likely boosted the curiosity level for movie goers and will lead to "strong averages from the limited theatrical release plus solid VOD sales over the holidays." He expects the interest to fade away in early January.

Releasing "The Interview" could potentially cause a response from the hackers, who called themselves the Guardians of Peace. There have been none of the embarrassing data leaks of Sony emails since the movie's release was delayed. In a message last week to the studio, the hackers said Sony's data would be safe so long as the film was never distributed.

Google showed its support with a post on its official blog, saying the company "could not sit on the sidelines."

"Of course it was tempting to hope that something else would happen to ensure this movie saw the light of day. But after discussing all the issues, Sony and Google agreed that we could not sit on the sidelines and allow a handful of people to determine the limits of free speech in another country (however silly the content might be). "

"While we couldn't have predicted the road this movie traveled to get to this moment, I'm proud our fight was not for nothing and that cyber criminals were not able to silence us," he said.
Related topics:
arts & entertainmentsony
Copyright © 2022 by The Associated Press. All Rights Reserved.
TOP STORIES
'It was like a mad dash:' Clear Creek ISD senior set to graduate
Man dead after being shot during road rage incident, HCSO says
CDC recommends wearing masks indoors, ahead of Memorial Day weekend
Scattered storms move in tonight ahead of front
Murder suspect dead after found unresponsive in cell, sheriff says
Astros fan from Spring celebrates 95th birthday with favorite team
Child hospitalized after found 'unresponsive' at Splashtown
Show More
Runner dies after collapsing at finish line of Brooklyn Half Marathon
Global K-pop sensation Seventeen kicks it in Houston in new tour
'NFTs: Enter the Metaverse' | Trailer
Authorities search ends for man with felony warrant out for his arrest
Early Voting holds off Epicenter to win Preakness Stakes
More TOP STORIES News